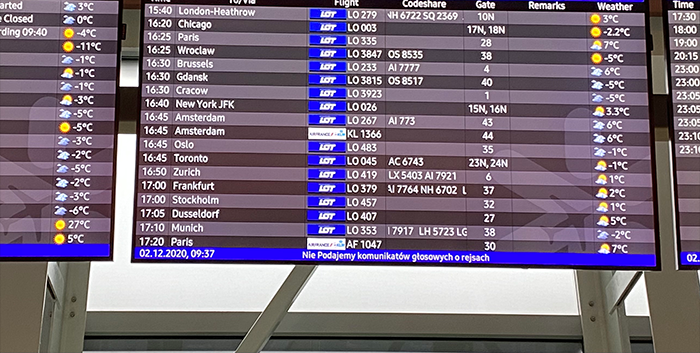 The Polish government wants to extend the ban on flights to and from Great Britain and Northern Ireland to January 7-13, according to the list of legislative and program works of the Council of Ministers. The current regulation of the Council of Ministers from December 7, 2020 on air traffic bans will expire at the end of January 6, 2021. "The draft provides for the prohibition of landing civilian passenger aircraft carrying international flights from airports located in the territory of the United Kingdom of Great Britain and Northern Ireland at airports entered in the register of civil airports and landing sites entered in the register of landing areas," reads the justification.

Due to the risk of spreading SARS CoV-2 virus infections, it is necessary to use the right to introduce air traffic bans, necessary for the safety of the Republic of Poland, in order to minimize the threat to public health - reads the justification.