Polish prices in retail stores increased by an average of 21.8% y / y in April 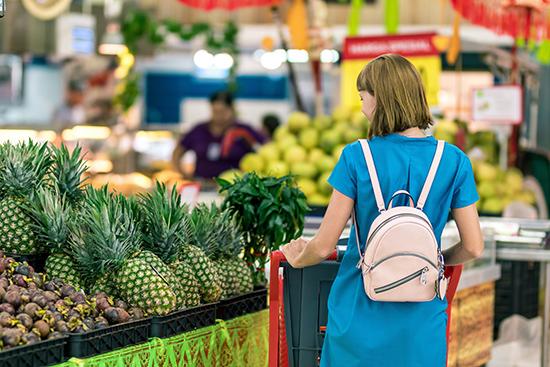 Prices in retail stores increased by an average of 21.8% y / y in April after an increase of 15.6% y / y in March and 10% y / y in February. In turn, in January, the increase in prices was at the level of 17.6% y / y, according to the cyclical report entitled "Price index in retail stores" by UCE Research and WSB University.

"This proves that the real price increase, its dynamics and perceptibility for consumers significantly exceed the official inflation readings. Unfortunately, in the light of the current factors, the peak of the increases is still ahead of us and it can be expected in the summer. Then it will reach 25% or even 30% y / y. This will be the result of the fact that the anti-inflation measures taken so far have not brought positive results. They eased the effects a bit, but did not remove the causes of inflation, "says Tomasz Kopyściński, an economist from the WSB University in Wrocław, quoted in the report devoted to the report.

In turn, experts from the UCE Research analytical and research platform point out that the level of price increases in stores again in a row is higher than inflation. Ultimately, it could be quite a disturbing phenomenon, underlined.

"Inflation is calculated as an inflation basket. It includes various levels of growth of individual products, which is visible in the results. The anti-inflationary shield model, given the current conditions and the two-digit level of inflation, definitely does not bring the intended effects, and what is worse, after its liquidation it will have They will most likely include another increase in fuel prices - much higher than the current 15 percentage points difference in the VAT rate. And this may actually be worrying "- commented Anna Semmerling, expert in finance and economics at the Gdańsk School of Banking.

The report also shows that all of the 12 analyzed categories have become more expensive. Earlier data (e.g. from January to March this year) showed that some product categories, despite rising inflation, were slightly cheaper. We do not experience this anymore, analysts emphasized.

The report includes over 30.6 thousand. retail prices. They were in force in commercial networks present in 16 provinces. The research covered all discount stores, hypermarkets, supermarkets, convenience and cash & carry chains on the market.