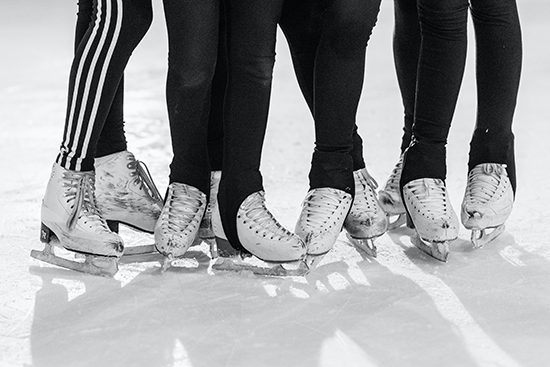 The mayor of Prague 11, Jiří Dohnal (Pirates), will ask AR Delta, in which the city district is a shareholder, to return CZK 35 million. The city council decided on Thursday.

The money was provided by Prague 11 with the aim of building an Ice Sports Complex (ALS) at the Ke Kateřinkám primary school. It should include, among other things, indoor ice rinks and curling lanes. The project is in charge of the AR Delta company, whose shareholders are AR Delta and the city district of Prague 11.

According to the contract, the Syner company is to build the sports ground for approximately CZK 190 million. Prague 11 will now also be looking for a way out of the ALS project and from a joint-stock company without losing the money it has invested in the project. According to the representatives, the aim is also to ensure that the sports facilities can be used by the inhabitants of Prague 11.

The resolution was supported by both opposition representatives and members of some coalition parties. On the contrary, about a dozen deputies voted against, including the mayor of the eleventh city district Dohnal. "I am convinced that the easiest way for the city district to protect and value the total of CZK 40 million that it has invested in the project is to complete it as soon as possible," he said before the vote.

According to Dohnal, AR Delta now has a signed contract with the construction company Syner and PPF banka for a loan for the construction. The loan amounts to CZK 135 million, said Petr Přenosil. He is the new chairman of the board of AR Delta, which is to oversee the company's activities. According to Přenosil, the company now has the necessary contracts, thanks to which it should be possible to build a sports ground. The complex could thus be opened to schoolchildren, residents of Prague 11 and other people in the autumn of 2022, he added.

A private investor began preparations for the ALS in 2014. Construction work began in early 2019 with the assumption that the construction will cost about CZK 120 million and will be completed in mid-2020. Subsequently, AR Delta offered to participate in the project to the capital. This did not become a direct partner of the project, and the eleventh city district became involved in the construction of the complex. Last year, Prague 11 became a shareholder of the company in which it acquired a half share. Thanks to a subsidy from the Prague City Hall, the town hall bought the company's shares for five million crowns. The town hall received another CZK 35 million from Prague as an interest-free loan to increase the company's capital.

The task of the established joint-stock company is to be supervised by the board of directors. From 2020 to this summer, the Deputy Mayor of Prague 11, Martin Sedeke (ODS), held the position of Chairman of this Board. He resigned from the post, among other things, because the board of directors approved contracts, which he said were risky for AR Delta. These are contracts for construction contractors and the provision of credit from the bank. This has already been rejected by the main project manager Karel Kubeška. This year, three other members of the company's board of directors resigned. Thus, instead of four members nominated by individual coalition parties, only one city now represents the city district on the board. This is Přenosil, who was appointed to the board of directors as Pirates by the city district.

The South City is ruled by a coalition of Pirates, YES, ODS, TOP 09 and STAN. The city part, where 77,600 inhabitants live, includes the cadastral territory of Chodov and Háje.