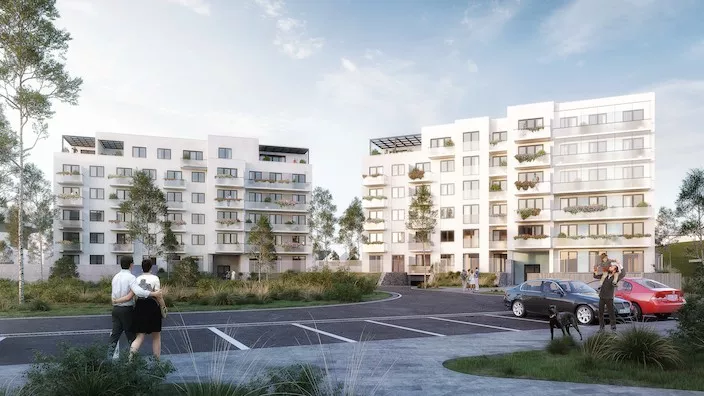 The management of Prague 4 does not agree with the form of the Ekorezidence development project in Braník. According to the representatives of the city district, it is unsuitable for urban planning, will make the use of the surrounding land more difficult and will worsen the traffic in the streets of the old Braník. Spokesman Jiří Bigas said today. The construction between Bezova Street, Jižní spojka and Kunratický potok was approved by the Prague 4 building authority. The town hall management filed an objection to this, which the office has now rejected. The project in Braník belongs to the company Ekospol. The management of Prague 4 has also been fighting for a long time with the planned construction of a skyscraper on the corner of Budějovická and Vyskočilova streets.

"The construction plan is not in accordance with the requirements of the Building Act to achieve sustainable development of the area. The spatial arrangement of individual buildings is unsatisfactory, which do not follow the existing buildings in this part of Braník in terms of floor plan or orientation," said Councilor Patrik Opa (ODS).

The city council disagrees with the Office's negative opinion. "Prague 4 will use its legal possibilities and appeal against the issued decision to the superior body. I am convinced that this construction plan may be really harmful for Braník, and I believe that we will convince the City Hall in the appeal proceedings," said Opa.

According to the town hall, the investor did not consult with the city district or the local residents about the intention to build a residential complex. "Only after the invitation of the city district presented its project at the meeting of the commission for territorial development and subsequently at the meeting with the inhabitants in Braník. Unfortunately, only at the time when the complete documentation was handed over to the building authority for discussion," said Bigas. The comments and requests of the city district and the inhabitants for the modification of the plan allegedly remained unanswered.

289 flats with 173 parking spaces are to be built in Braník. The houses will be connected to Bezová, which according to the town hall is unsuitable for a larger traffic congestion. It is said that there is a risk of traffic and parking collapse, the ecological burden for the kindergarten and the surrounding playground will increase, and the project will not connect to the surroundings around the stream.