Prague 5 will buy a nursery in Waltrovka from Penta 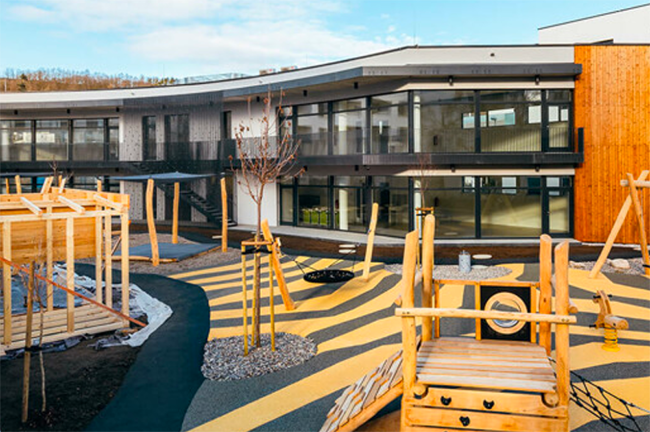 The City Hall of Prague 5 will buy a kindergarten from Penta, which the company built as part of its Waltrovka project and was originally to be loan to the city districts free of charge for 15 years. On the basis of Penta's offer, the deputies today approved that they would buy the building for CZK 34.5 million instead of a loan. Approximately CZK 24.5 million of this will be given by the town hall from the previously agreed contribution from the company for the development of infrastructure, the rest will be paid from the budget. The move was criticized by the opposition, as was a contract with another developer, Landia Management.

According to the originally approved contract between the town hall and Penta, the town hall was to buy a kindergarten for 72 children after 15 years for a cost price of 40 million crowns adjusted for inflation. According to the deputy mayor of the city district, Tomáš Homola (STAN), it is more advantageous to buy the building now at a price reduced by CZK 5.5 million, which Penta offered. "I think it is in the interest of our children to go to the building owned by the city district," added Mayor Renáta Zajíčková (for ODS).

The procedure was criticized by the opposition, according to which there is no reason not to use a favorable contract for a fifteen-year loan. Pirate representative Karel Bauer unsuccessfully proposed that the city district postpone the repurchase until 2032 and at the same time create a tied fund, where it would give 40 million for future repurchases and ensure their appreciation. "Through early redemption, the town hall unreasonably renounces the advantage that the investor undertook to provide," he said.

In response to the criticism, Homola said that the city district is now negotiating with Penta on an amendment to the original memorandum, according to which the company is donating land to the town hall for the construction of a primary school and a contribution of another CZK 24.6 million for infrastructure development. Another pirate representative, Štěpán Rattay, said that if this is the case, he sees no reason not to wait for the signing of the amendment before buying it.

Penta's director for residential construction, David Musil, told ČTK that the agreement is beneficial for both parties. "The contract states a cost price of 40 million just because we concluded the contract at the beginning of the construction of the kindergarten. After many required construction modifications, the real costs reached almost 50 million. After 15 years, will climb to 55 million, "he said.

Some opposition councilors have expressed concern that the agreement will commit the city to supporting the project in whatever form the company comes up with, even if there are reservations from local residents and politicians. Councilor Zdeněk Doležal (ODS) denied this. "We do not commit ourselves to any promise of consent with this agreement," he said. He added that the city district is negotiating with the investor about the final form of the project.

Prague 5 has approved more memoranda with developers in the past. They are intended to ensure that builders, especially housing projects in urban areas, share in the cost of infrastructure, such as schools, parks or transport infrastructure.