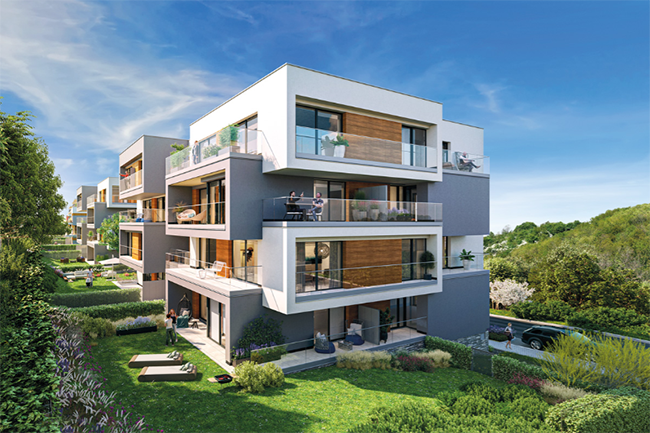 Prague residents need more than 17 annual incomes in order to afford a new 70 square metre flat in the capital city, which is 2.4 years more than last year, according to the housing affordability index CG-Index compiled by developer Central Group.

In the whole of the Czech Republic, it is more than 15 yearly incomes according to the Prosperity Index, the two indexes' representatives announced.

New homes in Czechia are seen by analysts of Czech bank Ceska sporitelna and European Data Portal as the most expensive in the European Union.

Taking into account an analysis by Central Group, Trigema and Skanska, the CG-Index works with Prague's average gross monthly income of Kc50,363 and the price of a new flat of Kc10.4m, which means a new home requires 17.3 annual incomes, as against 12.7 five years ago.

People in Berlin, Vienna and Warsaw for instance earn about nine years to buy a new home, and Slovaks need almost 15 years to do so, the CG-Index shows.

Dusan Kunovsky, the founder and head of Central Group, said there is a big uncertainty in the construction market because of the rising inflation and growing prices of building materials and energy, and the construction law. The law was approved by the previous cabinet of Andrej Babis (ANO movement) last year but the cabinet of Petr Fiala (Civic Democrats, ODS) pushed through the postponement of its major parts and it is drafting an amendment.

"What we need are clear rules," Kunovsky said.

It takes an average of 246 days to get a building permit in Czechia, same as in the Ivory Coast, according to Czechia's Prosperity Index. In Denmark and Finland, it is slightly more than two months.

Kunovsky said that 134,000 new flats are under preparation in Prague but only about 3,000 are completed per year. "To offset a deficit from the previous years, Prague needs to see a minimum of 10,000 to 15,000 new homes completed every year," he added.

The current value of the flats under preparation in Prague is CZK 1,400 billion, according to a Central Group estimate. VAT revenue for the state would exceed CZK 180 billion.

Building output grew by 8.1 percent yr/yr to CZK 579 billion last year, according to data from the Czech Statistical Office. Most of the work was done in Prague, and in the South Moravia Region. Three quarters of the total volume were new construction, reconstruction and modernisation projects.