Prague will start renting private apartments through its own agency 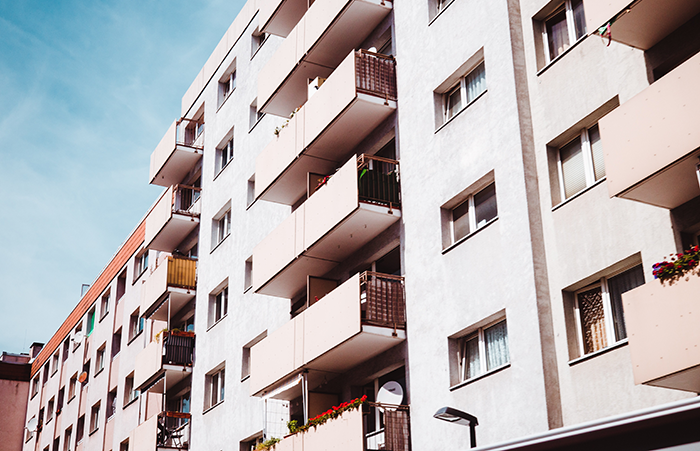 The Prague City Hall, through its organization, the Center for Social Services Prague (CSSP), will launch a Municipal Rental Agency, which will rent apartments owned by private individuals at advantageous prices. They will thus receive a guaranteed income from the city, which will also solve any possible problems with tenants. The councilors decided on the trial operation of the agency Monday. The plan was criticized by the representative of the opposition ANO, Ondřej Prokop, according to him, it was a waste of public funds.

The agency is to operate in such a way that the city negotiates with the apartment owners their lease and then places in them, for example, seniors, families with children, single people or young adults who leave institutional care. The owners will be guaranteed an income regardless of whether the apartment will be occupied or whether the tenants will pay the rent properly - any receivables will go to the city.

The city will also guarantee the owner for any damages incurred, the agency will be insured. "This is a concept that is unprecedented in this form in the Czech Republic, but works in various cities in Europe," said housing councilor Adam Zábranský (Pirates).

The reason for establishing the agency is the lack of city housing. "The capital city of Prague, for example, is able to satisfy only 12 percent of applicants for people in social need, but all of them are in housing need," the approved material says. According to the document, the waiting list of municipal housing-approved applicants for a city apartment now numbers almost 400 households, and another 400 applications are awaiting completion. In addition, the city expects an increase in applications due to the coronavirus pandemic.

Zábranský said that the interest on the part of apartment owners will be seen, but that the city expects a willingness to reduce the requirements for the price in exchange for a guarantee of income and the transfer of all worries about the lease to the city. At the same time, according to him, the municipality expects that the apartments will not be completely in the center. The councilor added that the city will give the CSSP about five million crowns for the operation of the agency by the end of the year.

The approved document refers to a survey among apartment owners, according to which 40 percent of the addressed owners were willing to negotiate the provision of an apartment to the city for a guaranteed payment, but they owned only ten to 15 percent of the total number of apartments. According to the analysis, landlords would prefer market rents, a deposit of two rents and a tenancy for a year or more.

CSSP will first address the owners in two waves, each with 25 bytes each. According to Zábranský, it should start in June, now the agency's website is still being completed. Later, the apartments will be searched individually as needed. At the same time, the organization will start pre-selecting potential tenants from among housing applicants and clients of shelters operated by CSSP.

A group of about 100 households is recruited from this group, for whom the offer is affordable and to which the apartments contracted by the rental agency will be offered.

The plan of the municipality's management was criticized by the opposition representative and deputy mayor of Prague 11, Ondřej Prokop (YES), according to whom it is unnecessarily spent money in the presented form. According to him, the city will employ new people for about a million crowns a year and as a result it will get 50 flats, which will not move in any way with the housing crisis in the metropolis. If the goal were to use apartments for short-term accommodation via Airbnb-type platforms, which are now vacant due to the coronavirus pandemic, Prokop will miss the plan, according to Prokop. According to him, the owners of these flats, which are mostly in the center of Prague, will not be interested in renting them to the city agency, because there are more lucrative ways to use them.

In recent years, Prague has been facing a housing crisis, due to low construction and high housing prices. There are a total of about 30,000 flats owned by the municipality and city districts, out of the original number of 194,000, which became the property of the city after 1991. This was followed by privatizations, which reduced the city fund by about 85 percent.