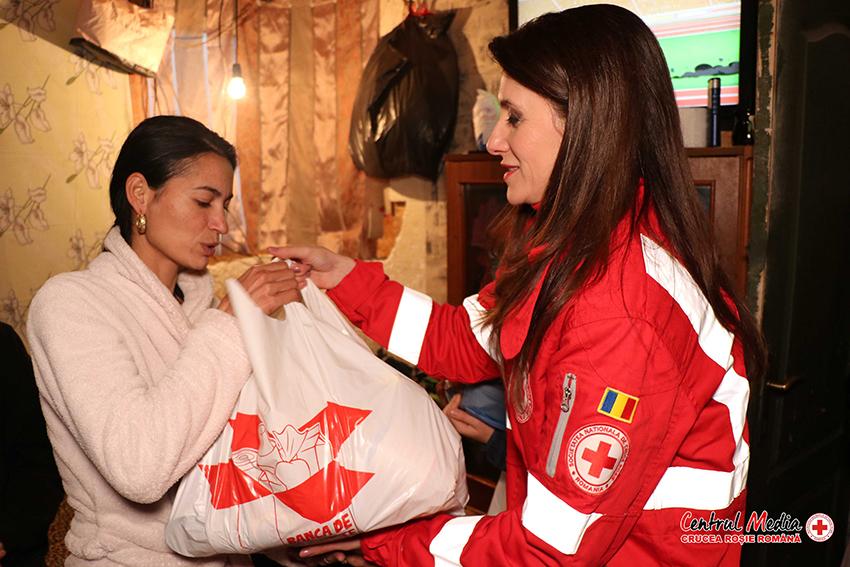 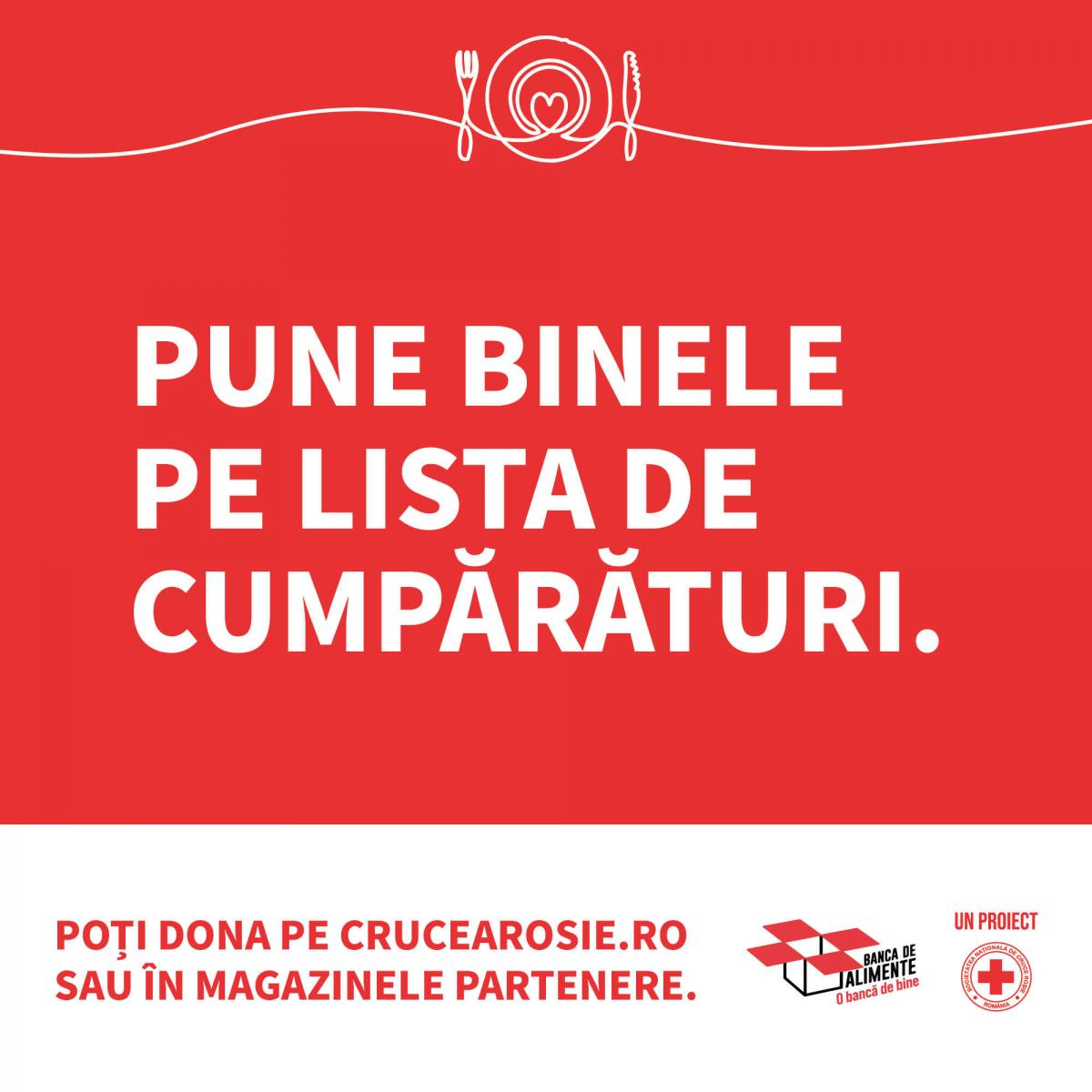 The National Red Cross Society of Romania continues its mission to bring comfort and hope to vulnerable people and continues this year the Food Bank project, with the main objective of increasing donations for people who, without help, cannot ensure their daily living. The campaign benefits from a new concept and a motivational message - Put Good on the shopping list - encouraging Romanians to give #FoodForPeople from disadvantaged backgrounds, which becomes food for the soul of those who give.

Families in vulnerable communities face food shortages every day and are in immediate and constant need of support from the good people who choose to get involved with cash or food donations. All those who wish to help can do so by making a cash donation on www.crucearosie.ro or by donating hard perishable food in the specially set up urns in the partner stores, Carrefour and Cora. Companies are also invited to invest for good and join the campaign with a minimum effort by directing 20% of their corporate tax to the Food Bank.

"This project is intended to draw attention to the difficult situation faced today by many families in Romania, who are unable to provide the minimum necessary for their daily living, a situation that has become more serious in the context of rising prices for all basic foodstuffs, which more and more people can no longer afford. These include children, the elderly, people who do not have the means to fight hunger and many other overwhelming deprivations. Through the Food Bank programme, we want to get the food they need to survive into as many people's homes as possible. It is a campaign with and about food, but also about empathy, humanity and solidarity, which should characterize us not only during the winter holidays, but throughout the year," said Mr. Ioan Silviu Lefter, Director General of the Romanian Red Cross.

"No one should feel hungry. And yet, every day, children, the elderly, helpless families, less fortunate people face it. So let's join forces, put good on the shopping list and provide food for people, because the good we do for others turns into good for us, into joy, thanksgiving and gratitude. Food for the soul!," says Iuliana Tudor, Romanian Red Cross Ambassador.

The Food Bank project was launched in 2009, as a solution to help people with no or very low income, following the model of similar successful projects in many other countries around the world.

So far in Romania, over 500,000 people have been helped through the Romanian Red Cross Food Bank, part of the largest humanitarian network in the world, a life-saving presence for those in difficult situations.