PWEA: 2021 may be a breakthrough for the development of Polish wind energy 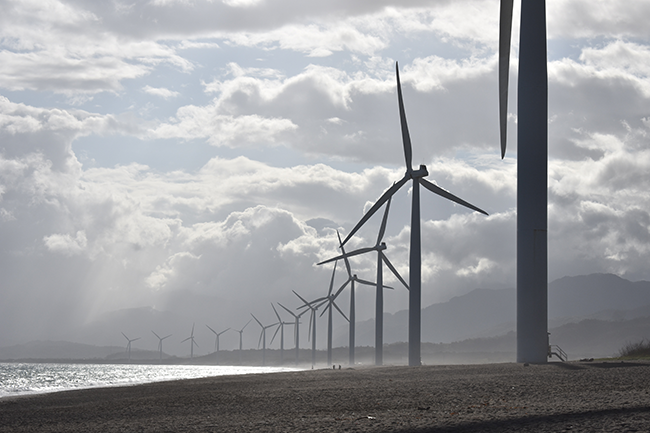 This year may turn out to be a breakthrough for the development of Polish onshore wind energy, but to maintain the growth, an amendment to the Distance Act is necessary, according to the report "Onshore wind energy in Poland", prepared by the Polish Wind Energy Association (PSEW), TPA Poland, Baker Tilly TPA and the DWF Poland law firm.

About 4 GW of onshore wind projects are currently under implementation. The year 2021 will be a period of rapid increase in generation capacity, and although it is undoubtedly pleasing, it should be borne in mind that almost the entire new volume will be built on the basis of outdated technology, because the 10H principle permits the construction of projects under development before its entry into force, i.e. by mid-2016. Moreover, it is estimated that there are still about 800 MW of such 'old' projects on the market, which allows for certain predictions as to the outcome of future auctions, as long as the restriction The 10H rule scenario would mean a quick end of the upward trend in 2021 or a little later and the closure of the Polish onshore wind portfolio at a total capacity of around 10 GW.

At the beginning of May, a draft amendment to the act on investments in wind farms was submitted for consultation. The project assumes, among others resignation from the so-called the distance principle, assuming a minimum distance of the power plant from the building equal to ten times the height of the wind farm (10H) and introduces an absolute minimum distance (500 meters). Consultations on the project will last 30 days, and its adoption by the Council of Ministers is expected by the end of June.

Under the conditions of replacing the 10H limit with a significantly less restrictive distance limitation, the wind sector will develop rapidly. Access to the latest technologies will also make investment profitability more independent from public support in the auction model. The falling LCOE basically already brings many projects closer to the grid parity. manufacturing costs and a reasonable profit margin from spot market prices.

According to the authors of the report, the need to obtain an auction contract or its increasingly popular alternative in the form of a private cPPA contract results mainly from the expectations of financing institutions, which are also adapting to the changing reality. And although a further decline in LCOE with more and more modern turbines may gradually flatten due to physical constraints, there should be an increase in flexibility in financing projects in the future, i.e. acceptance of ever shorter PPA contracts and participation in the spot market risk.

The year 2021 may turn out to be a breakthrough for the development of Polish wind energy. This is indicated by a combination of favorable circumstances both on the part of the business environment in Europe and important political changes in the country as regards the perception of the future of the energy generation sector. This year, it will unlock access to the most efficient technologies of wind energy generation. The farms built in the coming years with a capacity utilization factor approaching 40% will permanently rank among the cheapest assets of the energy mix. The curves of efficiency increase and LCOE decrease will probably continue to surprise us in the future, as evidenced by the still powerful momentum of the development of the global and European wind market.

As indicated, under the burden of the economic calculation, the long-term energy policy of the Polish government will sooner or later have to synchronize with the European Green Deal. The prices of CO2 emission allowances at the beginning of 2021 reached EUR 37 / t, and after 2030 it is highly probable that they will exceed EUR 70 / t.

A deep update of the strategy is therefore inevitable. Regardless of the adopted scenario, several strong strategic shifts will probably be part of it, including a radical reduction of coal-based generation, a temporary increase in gas production and a strong and permanent increase in the share of zero-emission sources in the mix, mainly wind power plants.

According to the authors, it is possible to open a long-term growth trend in the onshore and offshore wind energy sector in Poland. It depends on political decisions whether it will be artificially inhibited by regulations like 10H, but the direction and turn of the trend vector seem more durable than ever.