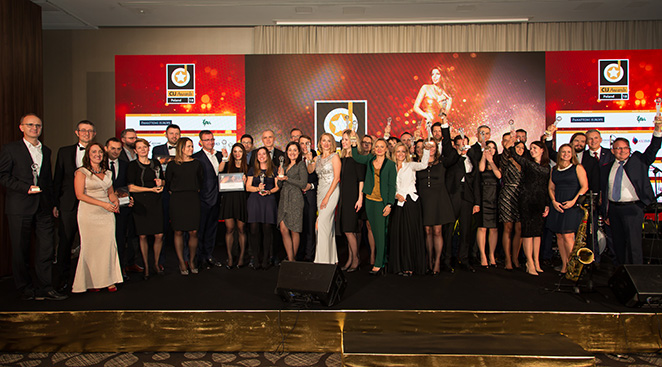 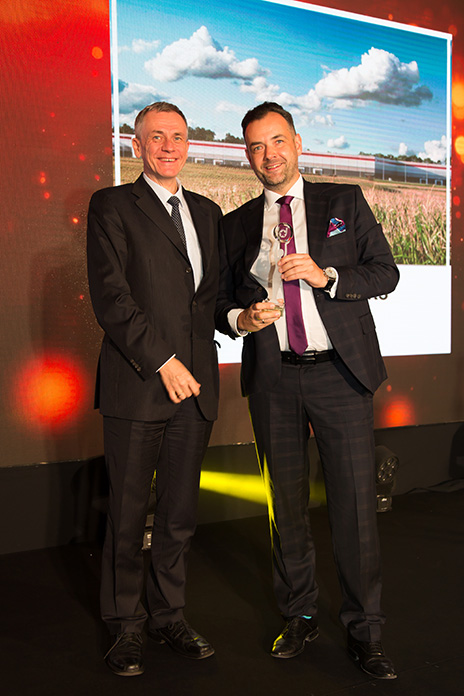 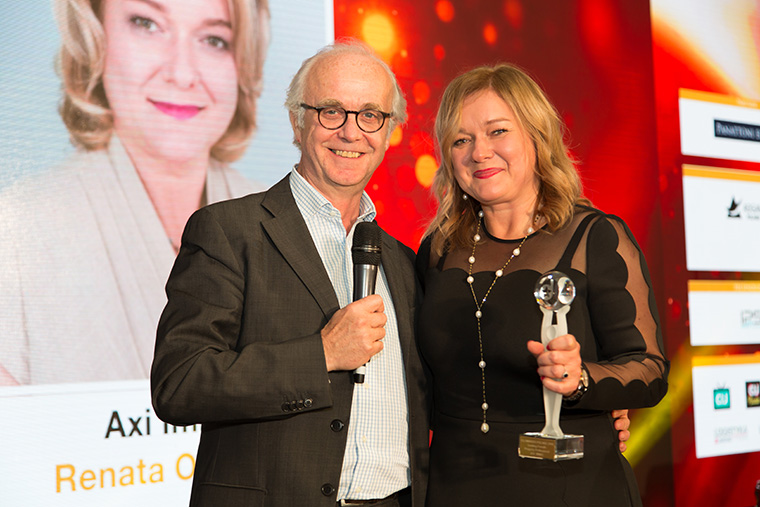 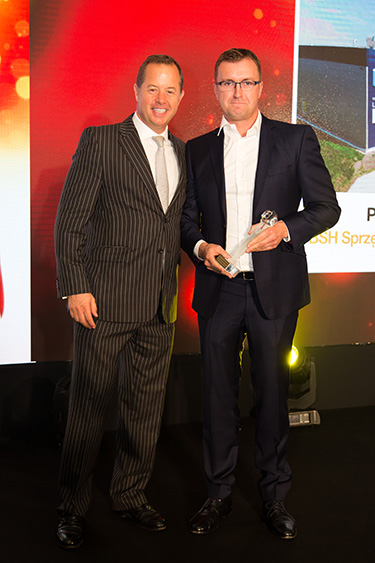 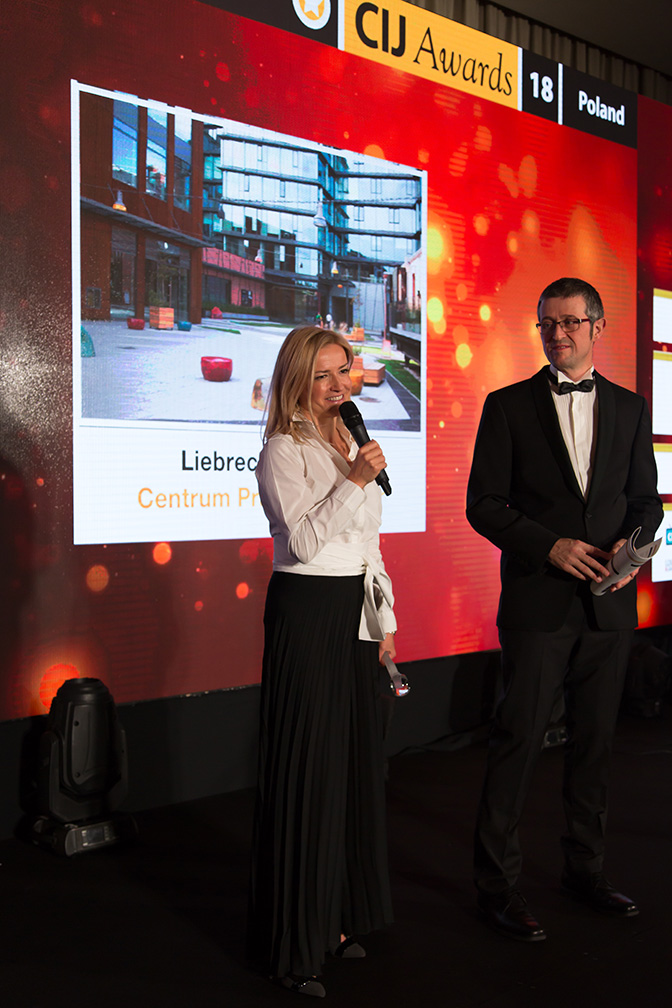 The 17th annual CIJ Awards Poland 2018 held November 6 in Warsaw saw the handing out of 25 prizes in an event that marks the beginning of the CIJ Awards series in Central & Eastern Europe. The high quality of the more than 100 nominations submitted illustrates how the Polish real estate market has matured over the past few years. Poland now plays a central role in the European investment plans for countless institutions and funds and has benefited greatly from a booming economy. If the winners, and all the nominees are anything to go by, there is plenty of state-of-the art product for investors to choose from in Poland.

There were five main groups of awards, which were judged both by an Awards Jury, which met to consider and discuss all the submissions, and by an on-line jury made up of CIJ readers. Six prizes were handed out in the Development, Developer & Transaction group. Liebrecht & WooD's Centrum Praskie Koneser project came out on top as Best Office Development. Panattoni Europe's build to suit for BSH Sprzęt Gospodarstwa Domowego came out on top in the Best Warehouse Development. Echo Investments won not only the Best Residential Development category, but the Best Overall Developer for 2018. Ghelamco Poland's Wronia 31 office project won the Leading Green Building Development award, with the same company's project Warsaw Spire involved in the Best Investment Transaction for 2018 in a deal with Madison International Real Estate Realty.

The Real estate Services group focuses on service providers active in the property sector. So while the Best Architect Company was judged to have been InDesign, Korporacja Budowlana Doraco succeeded in the Best Construction Company judging. SPIE Polska won Best Facility Management Company (for the second year in a row) and Dentons was called to stage to accept the Best Law Firm honors. The last category in this group was Best Project Management Company, which went to Gleeds Polska.

In the Real Estate Lease & Environment awards, P3's lease to Jysk in Piotrkow won the Best Warehouse Lease prize for this year, and Spaceplan's work on the HBO office in central Warsaw earned it the statue for the Best Fit-Out category. Meanwhile, TDJ won the Best City Space category in honor of the Silesian Museum, International Convention Centre and Spodek venue.

The last group of prizes were in the Real Estate Creative Spirit grouping, which began with the prize Innovation of the Year. It was given to myhive by Immofinanz. Adgar Poland was next up on stage for New Concept of the Year thanks to its BeYOURSelf idea which allows tenants to pay rent based upon team size. Student Depot won the Rising Star of the Year honors, while the PR and Marketing Campaign of the Year statue was taken home by Liebrecht & WooD in connection with its work on Koneser.

There were four Special Achievement Awards handed out in 2018. They went to Multi Development in the Best Retail Development category; to – Marshall’s Office of Lubelskie Voivodeship – in the Best Investor-Friendly Region / City category; to Ghelamco for its Best CSR Campaign submission and to Santander in the Best Bank category.