Real estate is volatile, tendency of purchases/rentals is slowly moving towards Western customs 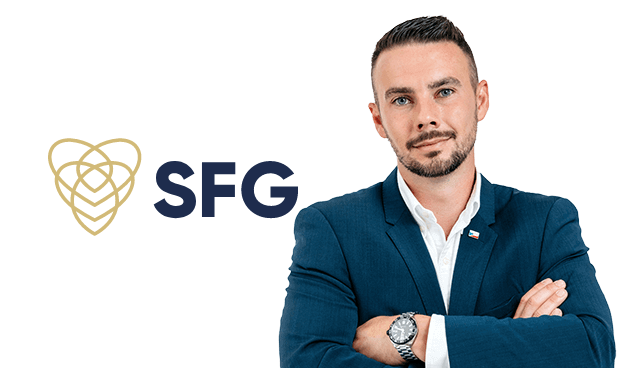 The financial situation of the real estate market in the Czech Republic has been quite turbulent in the last few years. Dozens of new development projects, new family houses and housing units are being created. However, skyrocketing inflation, further fueled by the pocovid period, the war in Ukraine and high demand for flats, is pushing real estate prices to the skies. Mortgages and apartment prices themselves are now virtually unattainable even for the middle class, and residents are starting to turn slowly, and thus inevitably turn towards the Western trend. He prefers rental housing with a good financial reserve, which in recent years seems to be a key pillar of the stability of every family. How to get out of the tightening loop?

Before we look at the current situation, we need to realize what happened only a few years ago. I'm talking about the golden era of mortgages that each other took on at one time. An incredibly profitable investment and basically a way to make cheap money. Even though real estate prices were at the peak at the time, borrowing cheaply and investing, whether in your home or as a long-term investment, paid off at that rate. And if people had finances, they calculated that they would get rid of their mortgages if their interest rate rose above the yield limit after the fixation period.

This is no longer the case today, and from 2021 mortgages began to rise in price rapidly. Whereas in the past the purchase of an apartment or a family house was almost exclusively associated with a mortgage loan, today it is no longer paying off. So we have slowly reached a state where real estate can afford to buy either really wealthy people, who then take it as an investment, or foreign and domestic funds, which sit on a large bundle of money. The scissors between the lower and upper class are opening even more.

Even the Czechs are gradually leaning towards the Western style of living:
How is it today? If a family wants to buy, say, a family house with a price tag of around CZK 7 million, it must have at least 20 percent of its own resources. Often it is all the money saved, the person in question takes out a mortgage and at current interest rates it is already called blood. He then repays his mortgage for years, saying that he has no financial reserve and risks getting into trouble. As I said at the beginning, we live in turbulent times.

On the contrary, the Western style of living is the opposite. They usually live there only in rent, but keep the money that one would normally spend on a mortgage as a financial supply. So he pays the standard rent, but he still has a few million as insurance for worse times. If he still wants to buy his own property, it usually happens around the age of 40 to 50. Just as the real estate market is adapting to the situation in the world, so must man.

Developers and smart approach to projects:
No matter what project we are talking about, you always need to have a good plan. That's how it was and will be. Just as potential buyers have to decide whether to take out a mortgage in the current unfavorable financial situation, developers also need to consider which projects they invest their time and money in. The question is whether the implementation of these projects is still at least partially advantageous for developers. The problem arises when, for many experienced developers, it is disadvantageous to enter into such projects at all due to the excessively high entry price for real estate. If they do, they often go for blood and do not have room to maneuver - just like people who choose the wrong mortgage. As a result, many projects remain unnecessarily abandoned, not to mention the lengthy bureaucratic process of obtaining all the permits needed for the construction itself.

A responsible approach to the financial and time situation thus applies here as well, it is necessary to know your limits and closely monitor market developments. However, the current situation definitely has its positives. The market will be cleaned up a bit and next year, mainly people who understand this area and know what they are doing could remain in the leading development positions. And we definitely need that now.

Investments and real estate are two sides of the same coin:
It is clear that at present we are all patiently watching what happens. With a little luck, inflation will slowly turn down again in 2023 and everything will calm down a bit. This will be gradually followed by a reduction in mortgage interest rates, and in the next 2 to 3 years everything may return to the normal we are used to.

What do you take away from all this? Above all, no matter which side of the barricade you stand on, you need to be prudent, think about your financial means, budget and long-term prospects, and act carefully. The Western trend today sounds tempting like never before, and at least until inflation and the mortgage situation in the country calms down, it is probably the most sensible solution to dealing with money.