Reconstruction of Prague 10 City Hall is to cost about CZK 1.1 billion 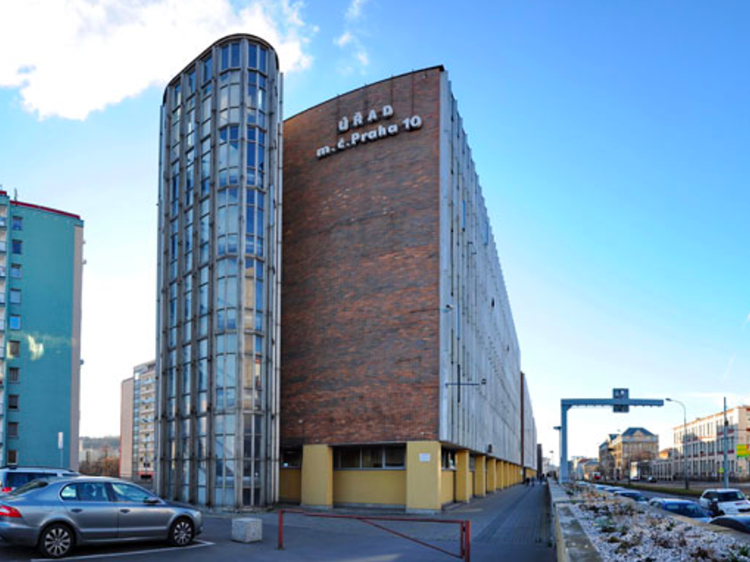 The planned reconstruction of the Prague 10 City Hall in Vršovice is to cost CZK 1.1 billion. The spokesman of the city district, Jan Hamrník, told ČTK today with reference to the budget, which is part of the completed repair project. According to him, the city district is trying to reduce the amount. According to earlier information, the repairs should start next year, it should be completed in 2024. The city district wants to cover the costs for the most part with a subsidy from the Ministry of the Environment and a half-billion interest-free loan from the Prague City Hall.

The large complex in Vršovická Street was built in the 1970s and is in poor condition. In the past, Prague 10 considered moving its office elsewhere, but the previous management of the city district decided to repair the building. In the fall of 2019, City Hall selected the design company Casua to prepare a repair project.

"Casua has completed the project and is currently handing it over to the city districts," Hamrník said. He added that the project originally had a cost of about 1.23 billion crowns, when handing over the documentation, the amount decreased to 1.1 billion. "The handover of the project is still ongoing and the city district, in cooperation with the design company, is looking for further savings," the spokesman said.

According to earlier information, the town hall wants to finance the reconstruction costs mainly with an approved subsidy from the Ministry of the Environment and a half-billion interest-free loan from the Prague City Hall, which the city has already approved. According to representatives of the town hall management, the savings in operation should reach tens of millions a year after the reconstruction. At the time of the reconstruction, officials will have to move to temporary premises, the move is to take place this autumn.

According to Hamrník, however, it is possible that the due date will be postponed due to the longer handover of the project and its modifications. "Given the current situation, the exact beginning of the reconstruction itself, and therefore the relocation, cannot be known," he said. He added that the management of the town hall canceled the tender, which the office announced last year for spare premises. "As soon as it is possible to update the schedule, it will be written again," he added.

In addition, Prague 10 is planning to renovate the surroundings of the town hall and is considering what to do with the adjacent Eden Cultural House, which has been closed and dilapidated for 17 years. Its repair and demolition are at stake. An urban study will be created to solve the whole area, the town hall is also considering housing construction on vacant plots.

Past management of Prague 10 has considered various options for dealing with the situation with the building. First, a plan was created to build a new town hall for an estimated price of 775 million crowns, but civic associations and the opposition condemned the project as overpriced and eventually failed. Then the move of the town hall to an unused Strašnice school was considered.