Reconstruction of the Černá perla high-rise building in Poruba, Ostrava, has begun 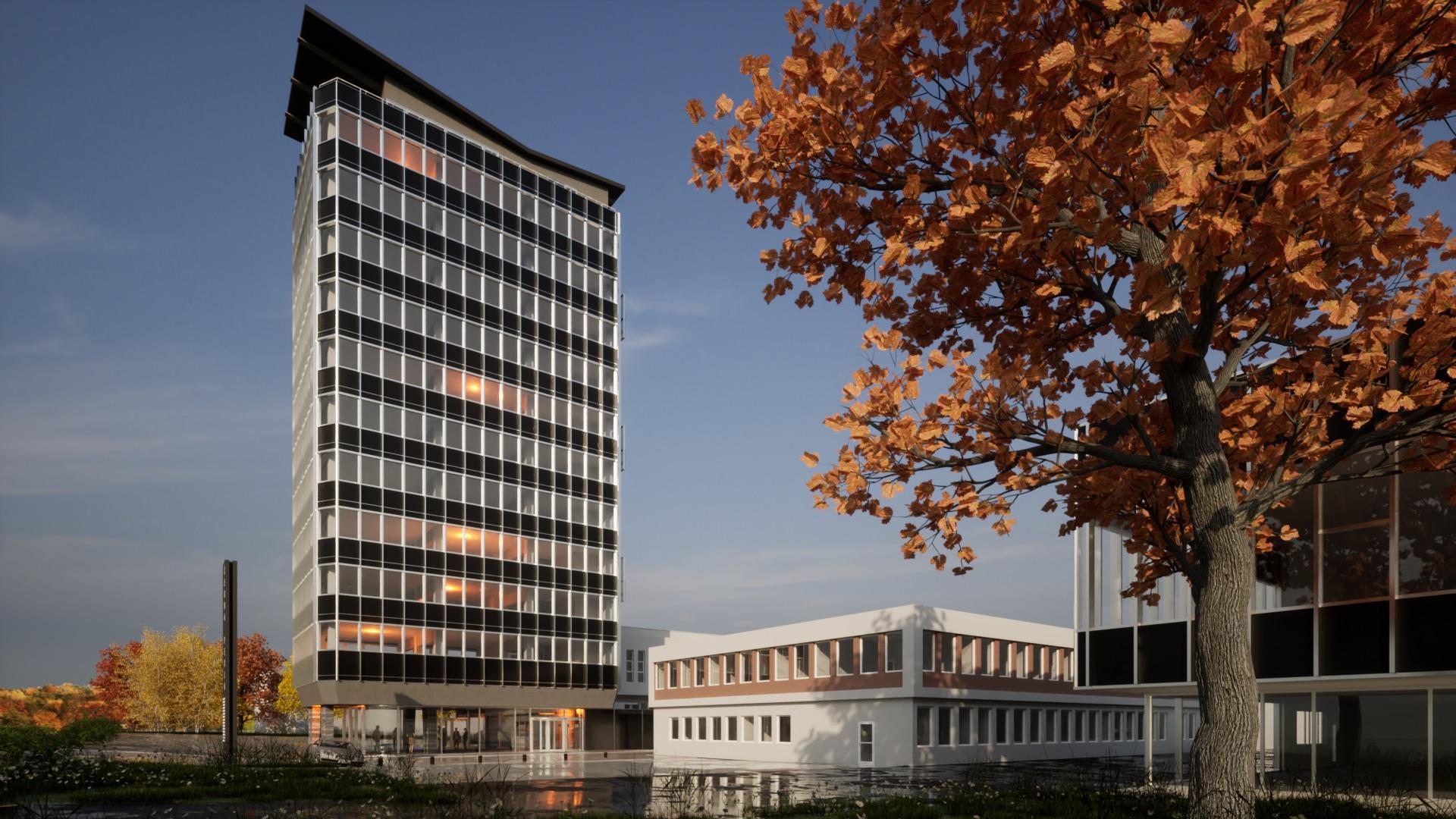 In the Ostrava part of Poruba, an extensive reconstruction of a ten-storey high-rise building called the Black Pearl has begun. According to current estimates, the repair costs are around CZK 120 million. After completion, the entire building should be used by the private medical facility Moravian Premium Care, according to architect David Kotek.

The building was built in 1970 in the so-called Brussels style, at a time when not only architects in communist Czechoslovakia were looking for a new visual style after the period of Stalin's socialist realism. The name is derived from the phenomenal success of the Czechoslovak participation in the EXPO 58 world exhibition in Brussels.

The building got its name Black Pearl after the glass facade with black fillings. According to Kotek, this dominant color should be preserved. The only difference is that black glass will replace photovoltaic panels. The entire façade will thus become a power plant and will produce about ten megawatt hours of electricity. "Thanks to this, the energy-intensive operation of the medical facility will be approximately 30 percent independent," Kotek said.

According to him, the façade as a power plant will not be the only ecological feature of the reconstruction. "In Černá perla, for example, we also count on an elevator that recovers electricity," Kotek said. After previous experience, he no longer wanted to design another dark house. "But Perla is love, and with photovoltaics, her black façade takes on a whole new dimension," he explained his change of attitude.

The building was built by the then Research Institute and was very innovative in its time. "A lot of innovative solutions have been used in the construction," the architect added, adding that the building was in very good condition. "It's a good and honest house, it's healthy," he said. He added that in the last five years it had not been used and fell into disrepair. In the future, the reconstruction of adjacent smaller buildings is also planned.

From April next year, the doctors of the private clinic should use the high-rise building. "The clinic will be a general tenant. We will use all the premises," said Helena Ruszová, CEO of Moravian Premium Car. The building will house dozens of specialists. For example, a pediatrician, cardiologist or general practitioner.

The mayor of Poruba, Lucie Baránková, stated that this is an important locality for the district and the reconstruction of the Black Pearl will start its further development. The town hall has other plans for the surroundings of the building. For example, he wants to demolish nearby garages, which he is gradually buying from their owners. "We want to connect the site, clean it up and prepare it for further development," said the mayor. For example, a nearby bus depot awaits moving. This area should also have a new use in the future.

Black Pearl is owned by Mirtess. "I walked around the Black Pearl for a long time and thought that such an interesting building must not fall into disrepair until we finally decided to bring it back to life. As soon as the general tenant was found to decide to build a modern clinic, I knew that saving the Black Pearl was great idea," said Marek Bědroň from the company.