Saxo Bank: Nuclear energy is the fastest way for the EU to cut energy prices 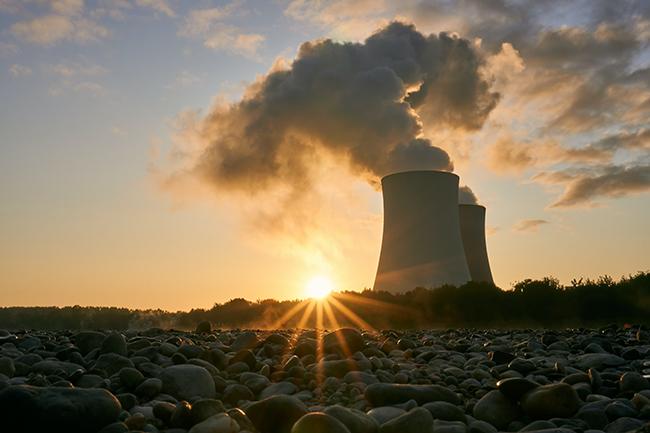 The European energy crisis is an opportunity to rethink the political stance on nuclear energy - it is the fastest way to lower energy prices, analysts at Saxo Bank believe.

While Asia is moving towards nuclear power (South Korea is withdrawing from its plans to decommission nuclear power, and China is accelerating the construction of a huge number of reactors), there is concern that the EU will continue to look unfavorably on this energy sector for ideological reasons. Like it or not, nuclear power is currently the best way to reduce dependence on expensive fossil fuels and make rapid progress in the ecological transition, according to a Saxo Bank study.

The World Nuclear Association statistics quoted in July show that France and Great Britain are the two main European countries with the greatest nuclear energy potential. Meanwhile, in Germany, the Greens prefer to restart coal-fired power plants rather than rethink a plan to abandon nuclear energy.

The Czech Republic, which currently presides over the EU Council, convened an extraordinary energy meeting in Brussels on 9 September. The topic of the meeting will be specific measures aimed at counteracting the energy crisis in the face of record-high electricity prices.

Three options are currently being considered: targeting compensatory measures for low-income households, applying the "Iberian exception" across the EU (temporary decoupling of the gas price from the electricity price) and a more fundamental reform of the European electricity market.

According to analysts at Saxo Bank, the EU has entered a new reality of high inflation and high energy prices, therefore the "nuclear option" should be among the solutions that will be discussed on September 9.

"Nuclear energy is not without its drawbacks (eg corrosion problems in nuclear reactors in France). On the other hand, it guarantees energy independence and lower energy prices in the long run," said analysts.

According to the calculations of the Brussels think-tank Bruegel, since September 2021, EU governments have allocated almost EUR 280 billion to help companies and households cover higher energy bills. Statistically, the largest European economies allocated the most funds for this purpose (Germany EUR 66 billion, Italy EUR 49 billion, and France EUR 44 billion). In terms of percentage of GDP (which allows for a more reliable comparison), the largest financial support in this regard was provided by Greece (3.7%), Lithuania (3.6%) and Italy (2.8%), the analysis also shows.