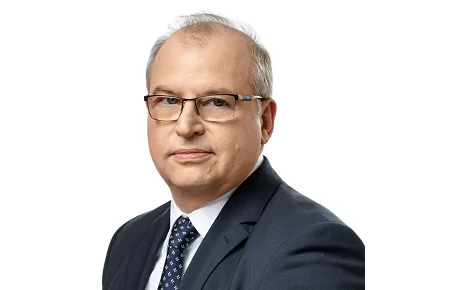 Selena Group sees Kazakhstan as a strategic place for further expansion in this part of the world and plans further investments, including a project to build a factory in the south of this country in 2022-2024, the company President Jacek Michalak announced that the factory in Nur-Sultan, opened four years ago, has almost reached its full production capacity.

"The company is not slowing down the pace of development in this region and is already planning further investments for the coming years. One of them is a project to build a factory in the south of Kazakhstan, planned for 2022-2024. The factory in Nur-Sultan, opened four years ago, has almost reached their full production capacity. The products are delivered to the Kazakh market and to southern Siberia," said Michalak.

Selena reports that in almost 20 years of operation in Kazakhstan, it has introduced the Tytan brand to the position of one of the market leaders.

"After the excellent sales results in recent years, we are planning further investments. Kazakhstan is a strategic place for us for further expansion in this region," said Michalak.

He assessed that the good streak of the Selena Group on the Kazakhstan market was not interrupted by the difficult period of the pandemic. In the years 2020-2021, the company recorded significant increases in sales (by about 50% in total) compared to 2018, despite the decline in the exchange rate of the local currency (tenge) against the euro. The implementation of the new strategy of the Selena Group made it possible to achieve a significant share in the market of foams, silicones and adhesives in 2021.

"The Selena Group has been present on the Kazakh market since 1992. We started from the distribution business, mainly importing assembly foams. During almost 20 years of operation in Kazakhstan, we introduced the Tytan brand to the position of one of the market leaders in the segment of polyurethane foams, silicone sealants and assembly adhesives. In 2016, Selena Group invested in a factory in Nur-Sultan, currently producing tens of thousands of tons of tile adhesives and facade materials annually. Our turnover in this country is steadily growing, we are also increasing employment," said Michalak.

"The only difficulty with investing in Kazakhstan that I see is currency fluctuations, characteristic of an emerging market. However, having operated here for almost 20 years, we have developed proven methods of operation. In addition, we are in talks with local banks about financing options to minimize the risk. exchange rates," he added.

The Selena FM Group is a global producer and distributor of construction chemicals. The main brands are Tytan, Artelit and Spanish Quilosa. It is one of the world's three largest producers of polyurethane foam used in the assembly of windows and doors. Selena Group's production plants are located in Poland, China, Romania, Turkey, Spain, Kazakhstan, South Korea and Italy. In 2008, the company made its debut on the Warsaw Stock Exchange. Its consolidated sales revenues reached PLN 1.38 billion in 2020.