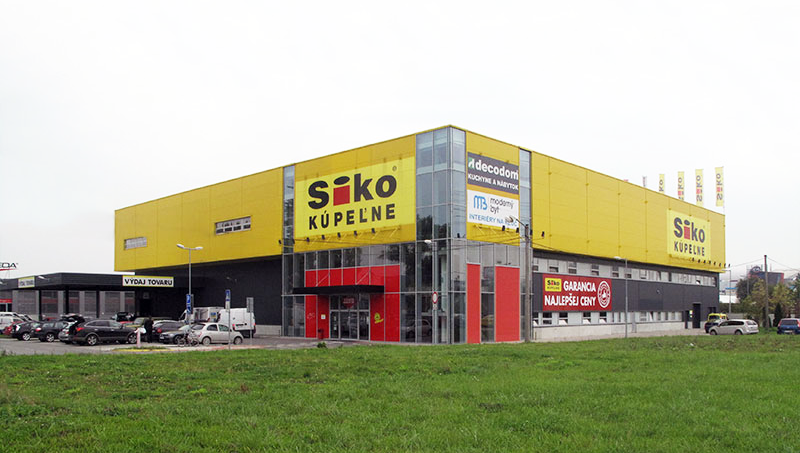 For the first time this year, the Siko company expects sales of around CZK 5 billion, an increase of 15 percent year-on-year in the first three quarters. Its exports and online sales are growing. The largest Czech seller of bathroom equipment will open its own e-shop in Hungary by the end of the year, and is also selling in Britain. Within two years, it plans a new warehouse in Čimelice for CZK 300 to 400 million, annouced the company's CEO Tomáš Vala.

Last year, the company had a consolidated turnover of CZK 4.38 billion in the Czech Republic and Slovakia, seven percent higher year-on-year. Siko had EBITDA (before taxes, depreciation and interest) of CZK 460 million last year, up four percent. "The main engine of growth was exports. Kitchens grew a lot, by twenty percent," Vala said. Siko is number two in the kitchens on the market, the largest being Ikea.

Exports accounted for about five percent of turnover last year. It is growing in France, where Siko has bought a minority stake in a company selling bathrooms, which will have a turnover of over half a billion CZK this year. This year, they will buy a majority in the French e-shop Livea for tens of millions of CZK, and will own 51 percent. "It opens up for us markets in the United Kingdom, and in part supplies other countries in Western Europe," Vala said. So far, Siko has only supplied descaling technology to Britain, which it launched last year when it sold it for CZK 150 million.

This year, from the beginning of the year to August, sales increased by 15 percent year on year. Profit will probably be the best in the last five years. Revenues from e-shops increased by 140 percent during last spring's coronary crisis and are rising this year as well; compared to this summer and last year by 30 percent. But the costs of the company are also rising. At the same time, plastic products or sheet metal, which are used to make enamelled bathtubs, are missing. Sika suppliers have risen in price by an average of five percent this year. The company had to order some goods more than half a year in advance, due to stuck transport. That's why Siko raised prices by four to five percent this year.

In Čimelice, Siko plans a new semi-automatic warehouse for CZK 300 to 400 million within two years due to foreign expansion. He wants to double the area of ​​warehouses. In the spring, it bought the former Delta bakery in Brno from United Bakeries from the Agrofert concern for CZK 136 million. They will move the warehouse and shop to the complex within two years so that they are in one place.

Some time ago, the company invested CZK 150 million in the start-up company Swiss Aqua Technologies. They also own a patent for a gentle toilet, which is enough to flush 1.5 liters of water. Mass production began in the summer, so far it has sold about a thousand of them, including 150 to Russia. Since April, Siko has also been selling floating floors. About 80 percent of the sales are bathrooms, and 15 percent are kitchens.

The Siko Group has about 1,000 employees in the Czech Republic and Slovakia. It has not increased wages this year. The average salary in the company this year is CZK 37,895.

The company was founded in 1991 by Jaroslava Valová, a 43-year-old mother of three. It started its business in the living room, the first store was in Čimelice by the main road to Prague. The name Siko is an abbreviation of the words building, insulation, ceramics and tiling. Siko also develops its own brands.