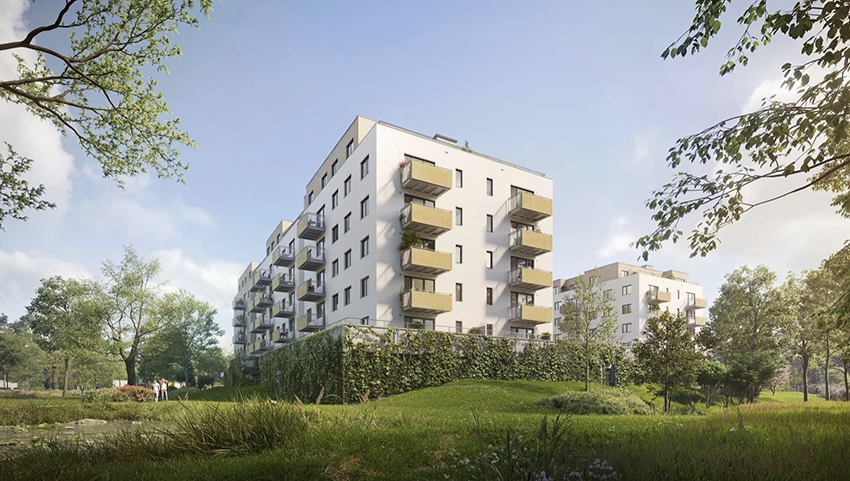 The developer of the Skanska Group plans to launch two projects worth almost CZK 2 billion in the Czech Republic this year. Skanska Residential announced that it plans to start the fourth stage in Albatros Kbely with 142 flats and the second stage in Modřanský cukrovar with 132 flats. Last year, the company also bought a plot of land in Prague's Satalice, where it intends to develop the first of its affordable housing projects, called Livo Homes, for almost CZK 1 billion.

The Albatros Kbely project, which began in 2020 and is named after the Aero L-39 Albatros trainer aircraft, envisages 652 apartments in 11 buildings and five phases. Currently, a square metre there sells for CZK 111,257, and construction of Echo, Foxtrot and Golf is due to start this year.

In Modřany, construction has been underway since last summer and 797 flats are to be built in the new district. Currently, a square metre there sells for CZK 122,701.

Due to the drop in sales due to high mortgage rates, some developers will postpone their projects this year and will start again only when the market recovers. Skanska is not planning to do so at the moment. "However, we are monitoring the market development very closely and are ready to react adequately, always taking into account the needs of a particular project," said Petr Michálek, CEO of Skanska Residential.

The company has taken a step towards planned affordable housing, the launch of which has been slowed down by the coronavirus and the war in Ukraine and the price of building materials. The Livo Homes project plans to go the way of prefabrication and modular construction, unlike conventional brick buildings. "We are currently finalizing the development of the whole concept and looking for a partner on the production side," Michálek said.

At the end of last year, Skanska Residential acquired an 18,000 sqm brownfield site in Satalice, on which the first affordable homes with dozens of apartments at affordable prices are to be built. The total investment will amount to almost CZK 1 billion, Michálek added.

Skanska specialises in building sustainable and energy-efficient housing and aims to achieve carbon neutrality by 2045. Michálek said that customer interest in such projects is also growing. In last year's survey, almost half of respondents were willing to pay extra for energy-efficient and sustainable housing, and most often an extra five to 10 percent of the total price.

"The biggest influence on the shift in the perception of the benefits of efficient and sustainable housing is the increase in energy prices, but the arrival of a new generation that is more sensitive to the urgency of topics related to a sustainable future also plays a role. And housing undoubtedly belongs there," said Michálek.

Skanska Residential, which belongs to the Skanska Group, has been operating on the Czech market since 1997. It has built more than 9,000 apartments in Prague, where more than 23,000 people live. Last year, the company applied for a building permit for the construction of a four-storey wooden house in Prague's Radlice district, which will offer almost 80 flats. It plans to start construction in 2024.