Skarbiec TFI: Polish medical companies may be the leader of the next boom 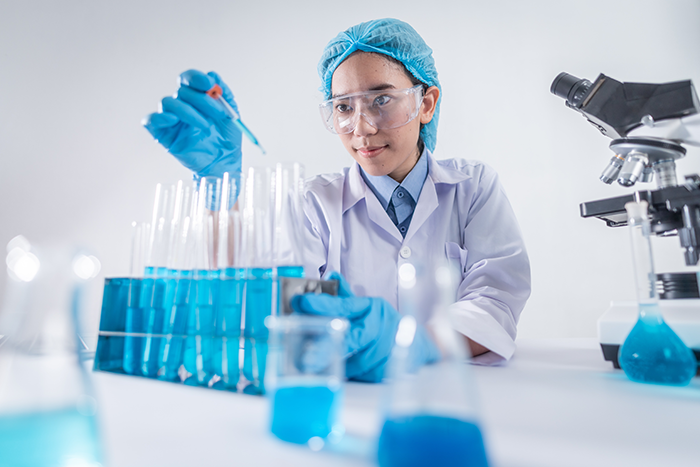 Polish companies related to the broadly understood health protection (biotechnology, pharmacy, diagnostics, medical devices, etc.) meet the expectations that can be set for companies that may become the leader of the nearest boom, assesses in an interview with ISBnews managing, among others with the Skarbiec Nowej Generacji fund in Skarbiec Towarzystwo Funduszy Inwestycyjnych (TFI) Michał Ficenes. Although most of them are at an early stage of development, they have the potential to be sold on a large, international scale and with high profitability.

"Polish companies related to health protection and medicine - depending on how broadly we look at this concept - in my opinion meet a number of conditions for companies that may become the next leader of the upcoming boom. Why? Because we are talking about companies that are still young that are constantly developing and so far show more successes than failures.At the same time, these are companies that have the potential to sell on a large, international scale and with high profitability.And we know perfectly well that the mixture most desired by shareholders is high revenue growth and high profitability as this creates the most value for shareholders, according to Ficenes.

Assuming that this scenario comes true, the prices of these companies have a chance to perform much better than the broad market. "So there is a potential, but we are at a very early stage of development, many companies are young. In the coming years we will see if this potential will be realized" - he added.

He pointed out that the interest in the biotechnology market in Poland has increased significantly over the last year.

"I think we can attribute this to the epidemic that started a year ago and to the fact that this epidemic has brought companies that tried to fight it to the fore. This is a global trend - companies trying to find a drug for COVID -19 or vaccines were very media outlets and this drew attention to the entire sector, even to companies that do not deal with anything related to the fight against COVID-19. On the other hand, the fact that the regulator is helping young biotech companies in Poland to spread their wings thanks to the grant system, it allows them to try their hand and have certain advantages at the start "- Ficenes pointed out.

The effects of this increase in interest can be seen both in terms of the number of pharmaceutical and biotech companies included in stock exchange indices and debuting - or preparing for a debut - on the trading floor, and after their capitalization, which in many cases multiplied during this period, he added.

"The share of these companies, for example in the mWIG40 index, increased during the year from over 1.5% to 4%. In the entire broad WIG index a year ago, these companies had a 0.8% share, and today it is over 1.5%. increase from 11 to 13 companies. It can be seen that despite the fact that these weights have increased, at the level of the entire WIG it is still very little, so - the space for this sector to find itself on the Polish stock exchange is still very large "- noted the manager.

He emphasized that there is one large company in this sector - Celon Pharma, with a capitalization of over PLN 2 billion, while the capitalization of so far very small companies, e.g. Pure Biologics, which entered the main floor in December 2020, or Medinice, which over a year ago it boasted a capitalization of over PLN 50 million, and today it is almost PLN 200 million. Moreover, in a few days, Captor Therapeutics will join the main floor with capitalization estimated at almost PLN 750 million - a company that may enter the sWIG80 index quite quickly. Another important example is Mercator Medical, which was promoted to WIG20 as a result of the increases since the outbreak of the pandemic (revenues - by 240% y / y last year, share price - by over 1700% in 12 months). It is a health-related company, but not a biotech or pharmaceutical company, which shows that this sector has more to offer than just trying to find cures for various diseases.

"Polish medical companies have the competence to produce drugs with global sales, at the same time I emphasize very strongly that the vast majority of Polish biotechnology and pharmaceutical companies are at a very early stage of development, and therefore molecules are developed by them either in the first or the second phase of clinical trials, not to mention the fact that some companies are still in the preclinical stage of development, "said Ficenes.

He noticed that today, if we compare biotechnology or pharmaceutical companies to gaming, the former are so much less so that in gaming we often have significant revenues, and in some cases - well-known brands, while Polish biotech is still primarily pre-commercial companies , not yet generating sales revenues.

"However, everything is a matter of perception - if we are interested in long-term investments, it is worth remembering that the largest biotechnology companies in Poland - Celon Pharma, OncoArendi or Ryvu Therapeutics (not counting private companies) - are already at such a stage of development that they show very specific data from clinical trials or posters. Drugs developed by them, assuming that they will be successful in clinical trials, have the greatest potential to sell them on a global scale "- he said.

He emphasized that, for example, one of the molecules developed by Celon Pharma - the GPR40 agonist - is to be used in the treatment of type 2 diabetes, and about 400 million people worldwide suffer from diabetes.

"There is no GPR40 agonist on this market yet, even in adjuvant therapy, so this market potential is huge. In turn, if the OATD-01 molecule, i.e. a dual chitinase inhibitor developed by OncoArendi, turns out to be an effective drug for idiopathic pulmonary fibrosis, then it will be one of only a handful of drugs in the world for this rare disease, and competition is quite limited, and the drug has already been partnered with Galapagos - a large European company with international reach, so the success of such a drug in the clinic would also guarantee sales on a global level "- pointed out the manager.

On the other hand, Ryvu Therapeutics develops, among others SEL24 and SEL120 molecules in the fight against acute myeloid leukemia and myelodysplastic syndromes, i.e. hematooncological diseases - and oncology is an unbeatable market today, so each new drug that improves the quality of life of patients and extends it also has the potential to quickly achieve very high revenues on international scale, especially as Ryvu already has SEL24 partnered with Menarini, which is a large company also with a global reach. So, probably, if we compare biotech companies to gaming, investors here need to be more patient, but the potential reward may be much higher than most of these developers, "concluded Ficenes.