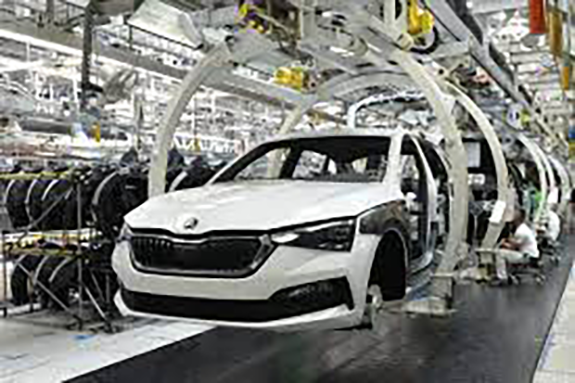 Škoda Auto now has around 20,000 unfinished cars on the parking areas. The maximum is set at 40,000 cars. The current situation is significantly better than last year, when almost 50,000 cars were unfinished due to a lack of chips. The Octavia cars, which lack door panels, are incomplete. The weekly Škodovácký odborář informed.

According to Škoda, the situation is not good. In recent weeks, Enyaq cars have not been produced and the Octavia has been driven incomplete without door panels from Grupo Antolin. In total, the Mladá Boleslav and Kvasiny plants produce around 2,300 cars.

The chairman of the works council, Jaroslav Povšík, stated that according to the latest information, no mass production shutdown is planned. According to him, we managed to secure the supply of chips. Production was also partially resumed by Grupo Antolin, which will once again supply door panels for the Octavia. Karsten Schnake, a member of the Škoda Auto Board of Directors for Purchasing, said this week that the Ukrainian cable harness supplier has also resumed production, and that the Enyaq model will also resume production.

According to the unions, Škoda will cancel a number of shifts in some operations next week, and some shifts will be in a limited mode. Škoda has been struggling with the necessary cancellation of shifts on a regular basis for a long time.

Due to the shortage of semiconductors and the coronavirus pandemic, the carmaker delivered 878,200 vehicles to customers worldwide last year, which is 12.6 percent less year on year. The lack of chips meant that Škoda did not produce 280,000 cars.