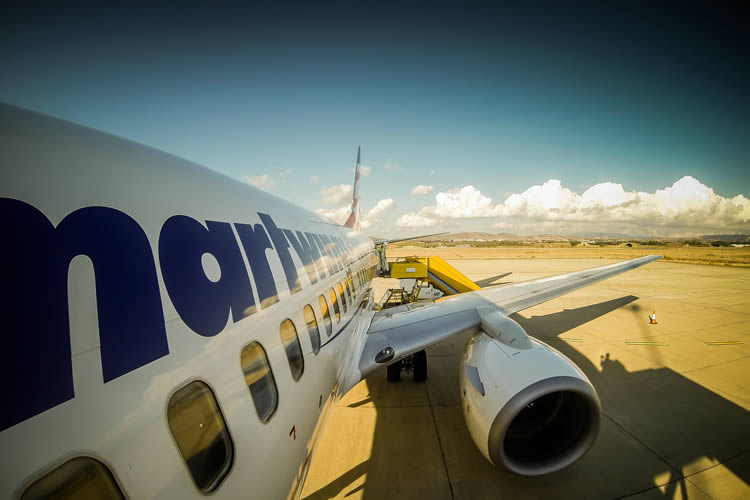 The management of Smartwings last year ended with a loss of 2.5 billion crowns after a profit of CZK 133.4 million a year earlier. Due to the covid-19 epidemic, the number of passengers dropped by more than four-fifths. Last year, the company had to deal with, among other things, the loss of sales and the effects of the forced shutdown of Boeing 737 MAX aircraft, according to Smartwings spokeswoman Vladimíra Dufková.

Due to the covid-19 pandemic, Smartwings did not fly part of last year. The number of transported passengers for the whole year 2020 fell by 84 percent. The company estimated the loss of sales at 13.8 billion crowns. As a result of the pandemic and follow-up, Smartwings had to take austerity measures and lay off 600 employees, the spokeswoman said.

Jiří Jurán, a member of the Board of Directors and CFO of Smartwings, considers last year to be the most difficult in the company's 25-year history. "We assume that the economic result for 2021 will end in positive numbers, and in the course of 2022 we believe in a further recovery in demand," he said.

In addition to the epidemic, last year's airline's results also affected losses caused by the forced shutdown of Boeing 737 MAX aircraft. The machines were shut down worldwide in March 2019 due to two accidents in Indonesia and Ethiopia, which killed 346 people. Smartwings were able to put them back into operation at the end of last year, ie after almost two years. The company has seven aircraft of this type.

According to the airline spokesman, the company's finances were also negatively affected by the devaluation of the financial investment in the Czech Airlines subsidiaries, which have been in bankruptcy since March this year. In June, the court approved its reorganization, which is to be prepared by the parent company Smartwings.

In March this year, Smartwings entered into an agreement with banks led by UniCredit Bank, thanks to which they obtained a loan of two billion crowns, which is 80 percent guaranteed by the state Export Guarantee and Insurance Company (EGAP). The company also received financial assistance in the order of hundreds of millions of crowns from its Czech shareholders, especially the Unimex Group.

The largest Czech airline Smartwings belongs to the Smartwings Group from the Unimex Group, which is owned by entrepreneurs Jiří Šimáně and Jaromír Šmejkal. In addition to scheduled flights and charter flights, Smartwings has long provided a large number of special flights for international companies, global humanitarian and sports organizations. The Smartwings Group fleet has 43 aircraft.