Solving dermatological problems caused by frequent use of disinfectant 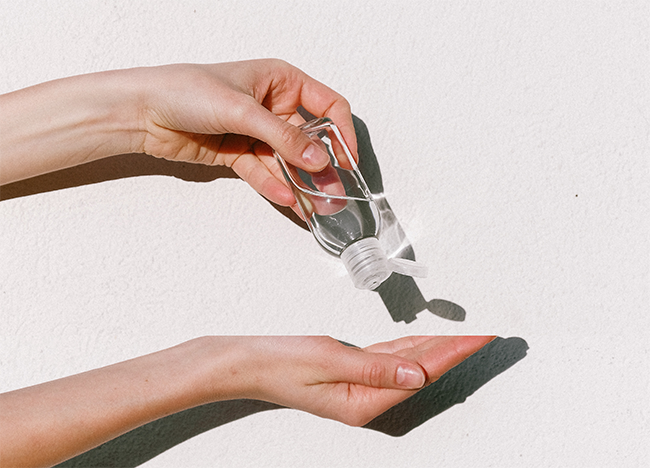 One of the main weapons against the spread of covid-19, which is also communicated by the WHO, is the use of alcohol-based disinfectants and frequent hand washing. Over the last year, people have become accustomed to using disinfection at all entrances to public spaces. As many as 86 percent of Czechs disinfect their hands at least 3 times a day, a fifth of them even more than 10 times a day. This follows from the Nielsen Omnibus study, which was conducted on a representative sample of 513 respondents in January 2021. Repeated and frequent disinfection contributes to the prevention of the spread of the virus, but also brings unwanted dermatological problems or hand diseases.

"Nowadays we encounter the need to use disinfection several times a day. Alcohol disinfection destroys viruses and bacteria, but it can also weaken the natural skin barrier by dissolving lipid particles. This can lead to dry skin and eczema. Bioderma compensates for the reduction in lipid content in the skin thanks to special biomimetic lipids. During disinfection of the skin, microorganisms are removed and at the same time the skin is protected from drying out." said MUDr. Lucie Jarešová, experienced dermatologist.

Through its BIODERMA brand, NAOS has just addressed concerns about the disruption of the skin barrier that often occurs as a result of the use of alcohol-based disinfectants. NAOS research has confirmed concerns and these findings are supported by other surveys. In France, for example, 97% of health professionals report the onset of skin diseases and 76% of health professionals have confirmed that they have developed dermatitis. Surveys often include problems such as itching or cracking of the skin.

Facts in numbers from the Nielsen Omnibus study, which was conducted in the Czech Republic on a representative sample of 513 respondents in January 2021.

How often do Czechs wash / disinfect their hands during the day on average during the day, ie in the period since the beginning of the covid-19 pandemic:

As many as 52 percent of Czechs report that they experience a deterioration in the quality of the skin of their hands in connection with excessive use of soap or disinfection now during the epidemic. Among the most common problems Czechs mention:

NAOS wanted to find a safer and more gentle alternative to skin disinfection, which is Biphase Lipo alcoolique from the top player of dermocosmetics on the Czech market, the BIODERMA brand.

"This is the first ever skin protection of the hands with a double effect - elimination of viruses, bacteria, yeast and at the same time relipidating effect in one step. The simple idea has become a real innovation on a global level. The patent has been registered for worldwide use," said Mgr. Jana Kundratová, Ph.D., Medical & Scientific Manager of NAOS.

NAOS even donates 100% of its profits from the sale of Biphase Lipo alcoolique to foundations, associations and NGOs involved in fighting epidemics.

Biphase Lipo alcoolique is a combination of two components: an alcohol component (90 percent), which completely eliminates unwanted viruses or other microbes, and a lipid component (10 percent), which complements the epidermal lipids naturally occurring in the hydrolipid film. This means that it works as a reliable disinfection and at the same time as a suitable nutrition and treatment for the skin of the hands. Biphase Lipo alcoolique from Bioderma destroys more than 99.9 percent of viruses, bacteria and yeasts in 30 seconds. Immediately after application, the nourishing effects in the form of a film on the skin are manifested, which significantly reduces the loss of transepidermal water (TEWL) after only 14 days of use, which has the consequent effect of improving barrier function before hand dehydration of the skin.