T-Mobile in Mladá Boleslav is changing the workplace model 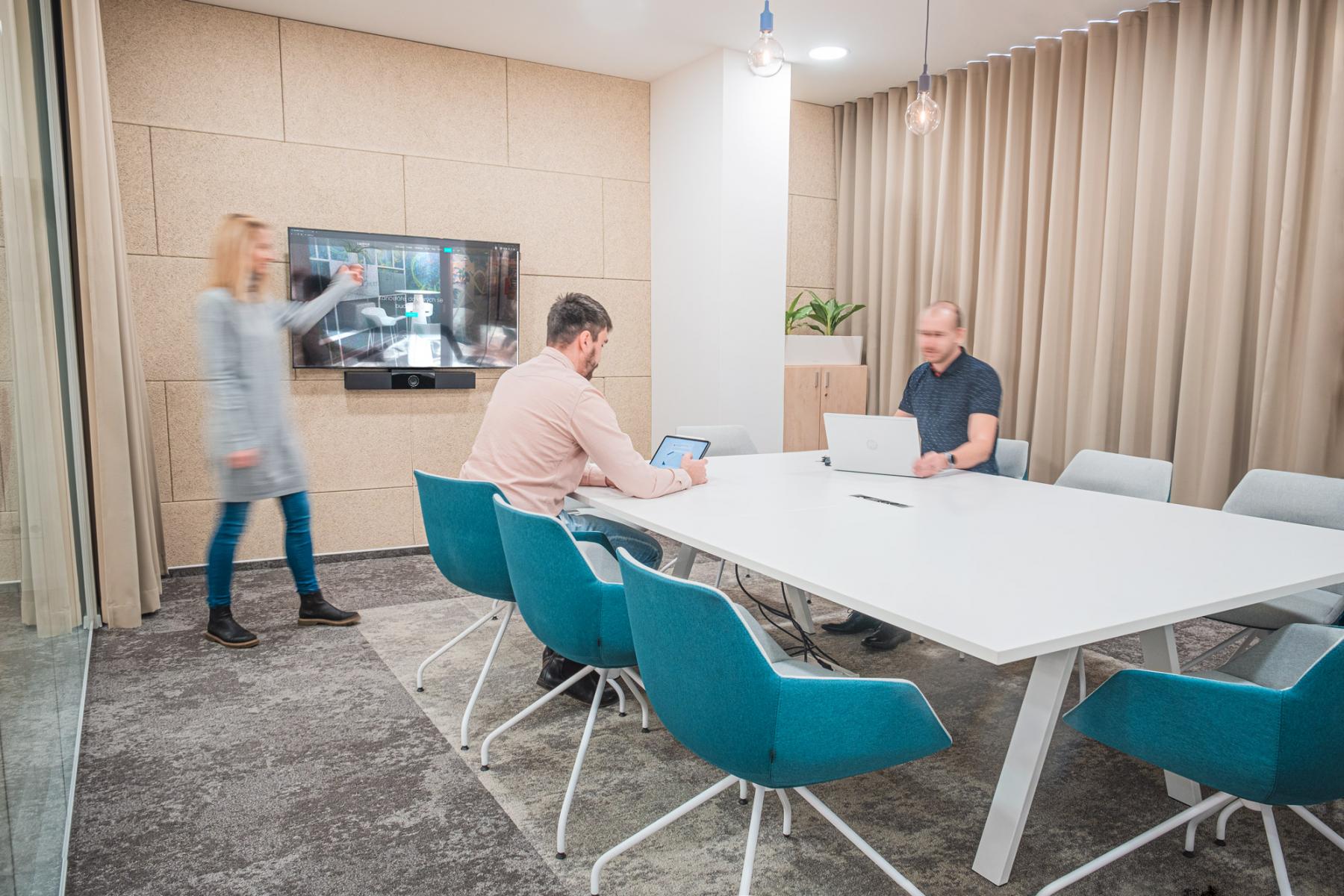 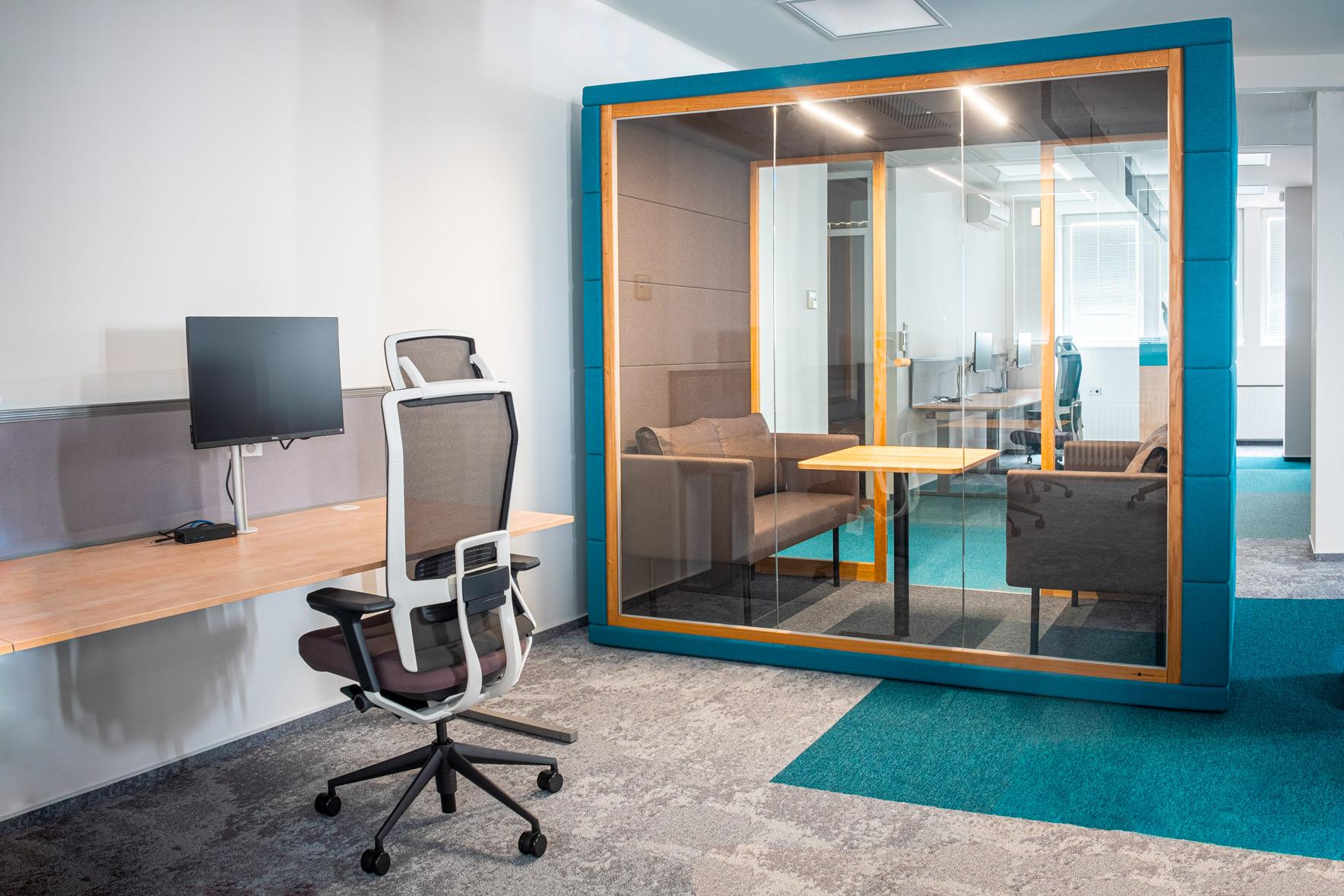 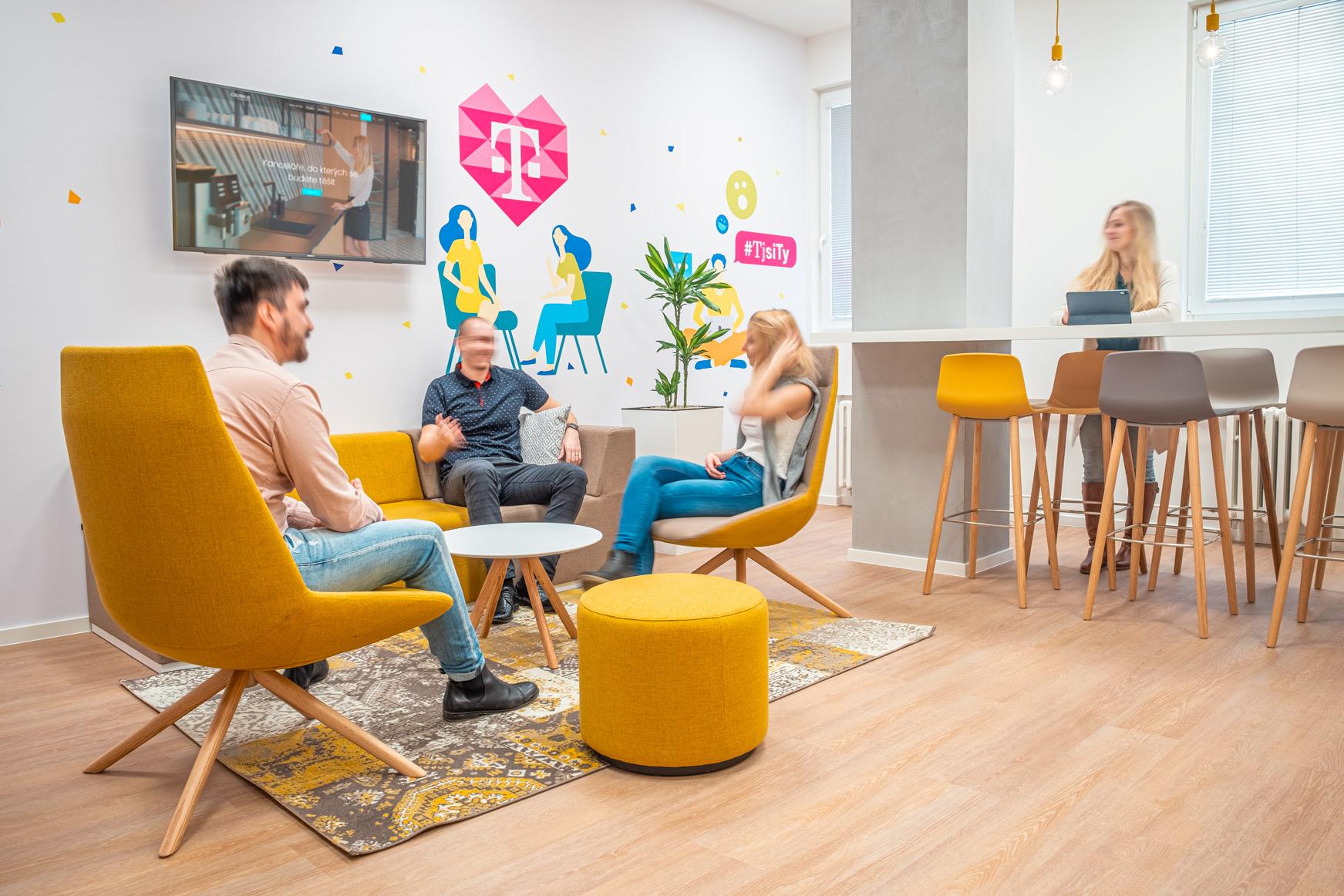 Following the example of the company's headquarters, T-Mobile decided to adapt its old-fashioned office space in the Telecommunications Exchange building dating from the 1970s to a new workplace model. Since the client was satisfied with CAPEXUS's design and reconstruction of the Prague office, the company was given the opportunity to transform other premises of the largest telecom operator in the country and transfer the novel design concept to Mladá Boleslav as well.

CAPEXUS has breathed new life into T-Mobile's offices inside the Brutalist building by the trio of famous architects Aulický, Malátek and Eisenreich. At first glance, the non-traditional building in the city centre now hides a lot of interesting details, including practical telephone booths, a spacious and prestigious reception area, two kitchens with designer relaxation areas and, of course, a training room.

The original interior of the building looked very outdated. In addition to the unsightly perimeter walls and ceilings, something had to be done about the protruding pipes and lack of air-conditioning. The original divided spaces needed to be opened to permit them to be used more efficiently. The biggest challenge was to open up the whole interior, and a relatively large number of building modifications and demolition works took place in the preparation phase. CAPEXUS managed to hide all the ugly cabling behind a plasterboard ceiling and bring a clean, uncluttered look to the rooms.

The architecture builds on the modern spaces designed at the Prague headquarters in Roztyly and employs an activity-based model. This popular trend consists in dividing the space according to work methods. Even in these offices, each employee can now choose the environment that suits them best for a particular type of activity at a given time. Compared to the headquarters, the concept differs in some of the materials used. The surfaces of the walls in the meeting room and at the reception area are complemented by the HERADESIGN solution, which improves the acoustics.

The new premises are furnished with shared desks and chairs from Spanish furniture manufacturer Actiu, and plenty of lockers for employees' personal belongings. Muuto hanging luminaires, rather than being dazzlingly bright, pleasantly complement the interior. Employees can also switch on powerful recessed LED panels for more light.

A big challenge for the architects was to incorporate T-Mobile's distinctive company colours into the design. Orientation is aided by the variously coloured floors of the building, one in paraffin, the other dominated by yellow. Then there is the company's characteristic magenta used for accessories at the reception area and the company logo on the walls. In the relaxation zones, you can also see imaginative wallpapers designed by the T-Mobile employees themselves.

The reconstruction and opening of the space have also led to financial savings, and a space that can be sublet will now be created on one floor.

Overall, the space is a pleasant place with elements of greenery suitable for formal meetings as well as for informal conversations over a cup of coffee. There are designer acoustic elements, two micro-offices from Silent Lab, which also serve as small meeting rooms, and plenty of atypical elements in the rest areas and kitchens.