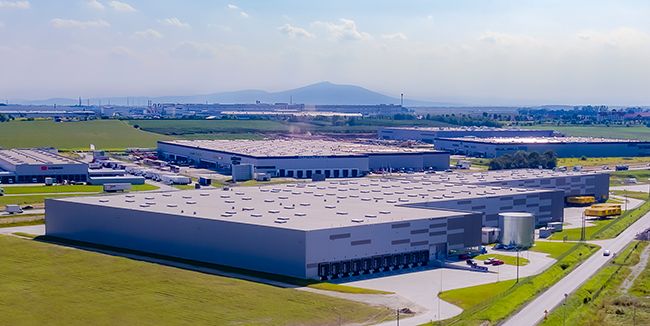 The BIK Group has published the financial results according to which it achieved in 2020 PLN 17.3 million of consolidated revenues. At the same time, it generated PLN 9.2 million of net profit, which means more than a double increase compared to the previous year. The value of equity increased by 10% to PLN 101.4 million. At the end of last year, the BIK Group had valid permits for the expansion of two logistics parks by a total of 36.4 thousand. sqm of warehouse space.

Photo: BIK Park Wocław I
The developer of modern warehouse and commercial space in 2020 generated nearly PLN 17.3 million of consolidated revenues, which was 6% lower than in the previous year. On the other hand, the BIK Group generated a net profit of PLN 9.2 million, which means more than a twofold increase compared to 2019 (then it reached PLN 3.7 million). The value of equity (net assets) increased by 10% to PLN 101.4 million. In turn, the value of investment properties at the end of last year was PLN 175 million.

“The past year has brought new challenges for us and for everyone in our country related to the global pandemic. Fortunately, the industry in which we operate, i.e. the construction of modern logistics space, went through the entire period of the pandemic very steadily. It is also visible in the annual results of our Group, "said Mirosław Koszany, President of the Management Board of Biuro Inwestycji Kapitałowych S.A.

Last year, the BIK Group commissioned the BIK Park Wrocław I logistics center with an area of ​​25 thousand. m2. "At the turn of February and March last year, The first tenant - the Dachser company - moved into the building. Completion of construction works and building acceptance, unfortunately, coincided with the outbreak of the pandemic and the first lockdown in our country. This, of course, influenced the pace of completion of the works on the first stage of construction, ”added Mirosław Koszany.

At the end of last year, the BIK Group had 100% of warehouse space leased in all owned facilities. Two more investments were also under preparation. The first phase concerned the construction of the second phase of the BIK Park Wrocław I logistics park, and the second phase of the expansion of BIK Park Sosnowiec II. In both projects, the BIK Group already had a valid building permit. The logistics center near Wrocław may increase by another 22,000 sq m. m2 of warehouse space, and in Sosnowiec - by 14.4 thousand sqm.