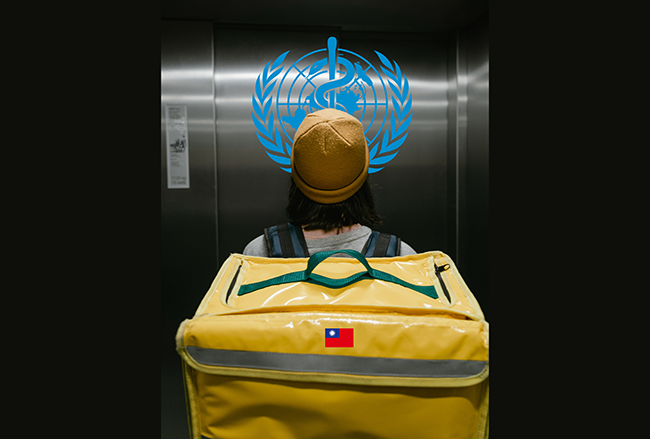 The Chinese Embassy in Prague criticized Wednesday's call by the Senate for the full integration of Taiwan into the World Health Organization (WHO). It considers this to be a damage to the Czech Republic's political commitment to one China and a gross interference in China's internal affairs, the embassy spokesman said in a statement.

On Wednesday, in a unanimous call to the government, the upper house emphasized the success of Taiwan, which mainland China considers part of it, in the fight against coronavirus. Taiwan was able to attend the WHO talks as an observer until 2016, after which it was excluded from the organization's talks under pressure from China. The Senate disagrees, saying that it damaged the interests of 23 million Taiwanese and prevented the country from participating in the pandemic and reforming the WHO.

"The Chinese side is strongly dissatisfied with such actions and is strongly opposed," the embassy spokesman said in a senate resolution.

"There is only one China in the world and Taiwan is an integral part of its territory. The principle of one China is a generally accepted norm of international relations and a general consensus of the international community," he added.

According to him, Taiwan's participation in the activities of international organizations must be addressed in accordance with the principle of one China. According to the agreement between China and the WHO, information channels for obtaining information for Taiwan are accessible, Taiwanese health professionals continue to participate in WHO technical activities and there is no shortage in international epidemic prevention, the embassy said.

"Taiwanese authorities are causing a stir about their participation in the World Health Assembly, but it is only a matter of political manipulation," the spokesman added.

The Chinese side urges Czechia to adhere to the basic standards of international relations, to respect China's sovereignty and integrity, to take measures to eliminate adverse effects and to do more to benefit the development of Czech-Chinese relations.

On Wednesday, the chairman of the Senate Human Rights Committee, Jiří Drahoš (for STAN), recalled last year's visit of senators to Taiwan and his assistance to the Czech Republic in managing the epidemic, which was also reflected in the resolution. In addition to respirators and drapes, Taiwan also donated five lines to the Czech Republic for the production of these protective equipment. These lines produce five million respirators a month, said Senate President Miloš Vystrčil (ODS). A year ago, when he received the first donation of medical veils, he said that both the EU and the WHO should use Taiwan's knowledge in the fight against coronavirus.