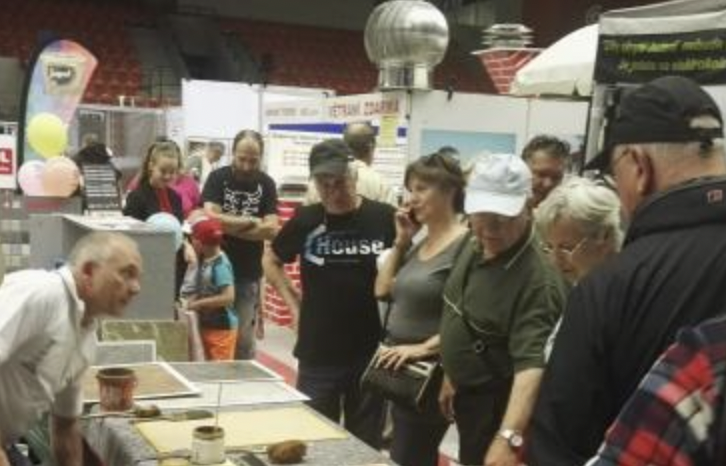 Energy savings in apartments and houses were the main theme of the 15th edition of the Modern House and Apartment Fair in Pilsen, which took place after a two-year break due to the covid-19 pandemic. The greatest interest was in photovoltaic panels, heat pumps and recuperation, but also in various types of wall insulation and in the insulation of facades and roofs with blown materials. People have been asking a lot about wood burning stoves that can be installed right away. But the companies are sold out for the entire winter season, so they didn't come this year, even though the chimney suppliers are here, Daniel Vaverka, the main organizer of the fair from the Olomouc company Omnis. The fair ended on Sunday.

"All new building products and technologies save energy and heat. Anyone who decides to reconstruct or build a house or wooden structure today will achieve savings compared to where they live until now," said Vaverka. According to him, at a time of 20 percent inflation, it is definitely worth investing in energy savings. "People do not hesitate to invest more, they are supported by subsidy programs. They will receive up to half of the costs for a number of new heating technologies," he said.

According to Vaverka, many of the technologies are sold out, but some companies are counting on the fact that this will not last forever and are building up a supply of customers. Contacts from the fair catch up to them in the form of orders every year or two. According to him, the high prices of construction commodities went up in the last two years mainly because of the high demand, which has already slowed down. "If the prices of some materials continue to rise now, it is more inflationary pressures - energy, fuel and others. But as soon as it hit the ceiling, the prices of materials have been going down for the last two or three months," Vaverka said.

According to Petr Opatrný from the Czech company Atmosan, interest in their recuperation units is high. "It can be saved because the warm air is removed through the unit. Its ceramic cells heat up and after 70 seconds the cycle turns and draws in air from the outside and the heated cells heat it up. You are ventilated and you don't have to heat anymore," he said. Opatrný said that a lot of seniors came to the fair, who have deep pockets and still say: 'we will give the money'.

People mainly ask about photovoltaics and a lot about the conditions of subsidies, said ČEZ Prodej technical advisor Michal Kubín. Due to the fact that some materials are not on the market now, the subsidy periods for heat pumps and battery storage for photovoltaic sources are longer, half to three quarters of a year. "More photovoltaics are being installed that can be 'fitted' to any house, but not a pump," he said. He confirmed significantly higher demand than last year, thanks to the fact that technology is moving forward, people have money and want to be more energy self-sufficient.

Martin Chuman, manager of VEXTA, which offers 60 plots in Vejprnice near Pilsen with the Prague developer JRD, said that there is a slowdown in demand for new buildings. "But if people want a house, they ask a lot about methods of heating, insulation, passivity and low energy," he said.

"People who invested in buildings with mortgages, and they were the vast majority, can't afford them now, it's not a reasonable time to take them, so there is now a significant decline. But more clients are appearing who invest their own money," said Hana Píchová from the company HK-Dřestav from Sedlčany, one of the strongest manufacturers of wooden buildings, which has been supplying up to 100 houses a year for the last four years.

Lucie Hladová from the Pilsen branch of the Bidli company also feels the decline in demand for new housing. "Mortgages are expensive, but we are able to offer cooperative housing. We will help people who cannot afford a mortgage and still have 20 percent of their own resources. We are able to buy them an apartment or any real estate and they pay us back in the form of rent for five years. There is a lot of interest in this, she said.