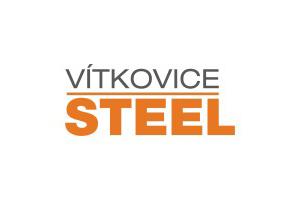 The Financial Analysis Office (FAU) has blocked the assets of the Ostrava metallurgical company Vitkovice Steel in connection with sanctions against Russia due to the war in Ukraine. Ministry of Finance spokeswoman Michaela Lagronová told Czech Television.

"The company can continue to operate, run its business, pay wages to employees and fulfill its business obligations to its partners, but it must not be sold or its shares transferred to another owner," said Finance Minister Tomáš Weiss, adding that the FAU froze 100 percent shares of Vítkovice Steel by preliminary measures. According to Weiss, the total volume of frozen assets of Russian entities and people in the Czech Republic is now in the amount of several billion crowns.

Vítkovice Steel is a traditional European producer of rolled steel products, exporting 70 percent of its production. The company has almost 900 employees. The company is owned by multinational investment funds from the countries of the former Soviet Union. The Info.cz server stated in March this year that the shareholder control of Vítkovice Steel leads to the Russian state development bank VEB. However, the company's spokeswoman Jana Dronská refused the information about the Russian owners, according to her, the five Cypriot shareholders are entrepreneurs from the post-Soviet republics, not from Russia.

The freezing of Russian property is part of sanctions against Russia for its invasion of Ukraine. Frozen property cannot be disposed of by its owners. At the end of April, Minister of Finance Zbyněk Stanjura (ODS) stated that the Czech Republic had frozen Russian assets in the country for almost a billion crowns. If these assets are identified as possible support for Russia's war crimes, its confiscation is at stake in the future, according to the minister.