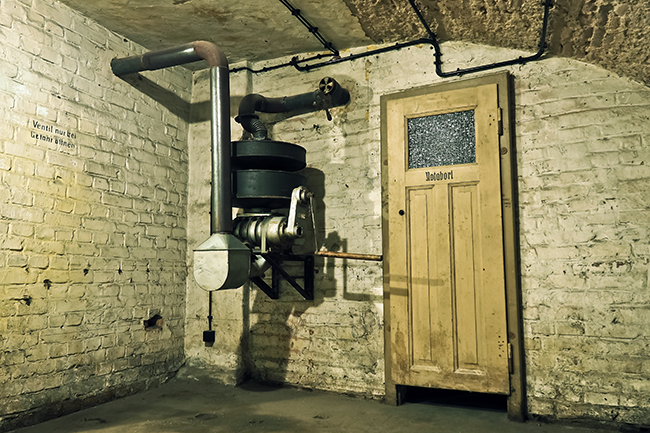 "Undoubtedly, the land with the buildings of the former water treatment plant of the recreational facility in the locality of Koukalka between Spálený Poříčí and Rožmitál pod Třemšínem or two plots of land in the vicinity of Žatec can be considered an interesting offer," Vala noted. At Žatec, the ministry sells land on the southern edge of the Triangle industrial zone, the second is less than a kilometer from the exit from the local part of Velichov towards the village of Žíželice.

The offer also includes four buildings of the former border fortifications. One is located in the cadastral area of ​​Chvaletín near Písečný in the Jindřichův Hradec region, another near Dyjákovice by the river Dyje near the state border with Austria, the third in northern Moravia near Velké Heraltice. In the Opava district called Jaktař, the ministry again offers the Nad Potokem infantry cabin, part of the heavy fortifications.

The Ministry disposes of unnecessary real estate every year. The offers are dominated by land or bunkers of fortifications from the period of the First Republic. The former fortifications of Czechoslovakia are still considered real estate intended for the defense of the state, and the Ministry of Defense is therefore in charge of managing them. In 2005, the Ministry decided that the fortifications would be transferred to the owners of the land below them free of charge. If they were not interested in them, they could get them for free from military history clubs or the surrounding villages. Another option is to sell them. According to the Department of Disposal of Unnecessary Property of the Ministry of Defense, transfers of fortifications began on a larger scale in 2008.

The complete offer and other details are published by the Ministry on the website of the Department for Disposal of Unnecessary Property, see below. Previously advertised properties are also listed on them.