The number of housing starts in the Czech Republic in the 1st quarter fell by 2.5 percent to 2,857 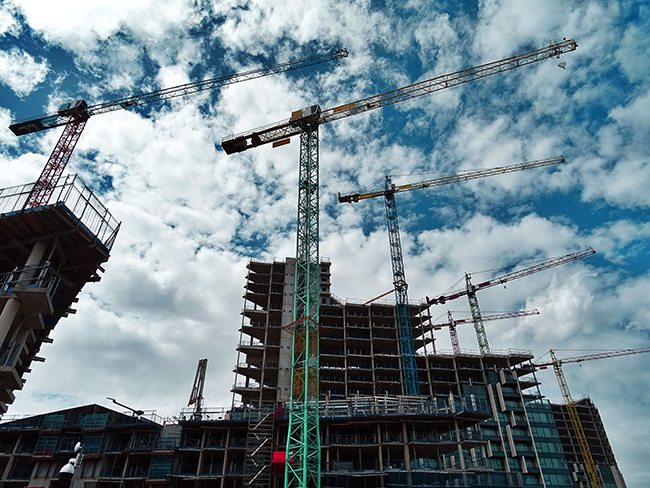 Construction companies in the Czech Republic began construction of 2,857 new flats in apartment buildings in the first quarter of this year, down 2.5 percent year on year. At the end of February, their number grew by 13.7 percent, at the end of January by 36.5 percent. Most of them were in Prague, where by the end of March their number had fallen by six percent to 1,027. The number of started construction of family houses in the Czech Republic fell by 13.6 percent year on year. According to the Czech Statistical Office (CSO).

By the end of March, Prague accounted for 35.9 percent of newly started apartment buildings. This was followed by the Central Bohemian Region with a share of 20 percent, the South Moravian Region (11.2 percent) and the Pardubice Region (9.4 percent). On the contrary, in the Liberec region, builders did not start building a single apartment.

The number of newly built family houses in the Czech Republic fell by 13.6 percent year-on-year to 4,214. The Central Bohemian Region accounted for the largest share with a share of 22.6 percent, followed by Jihomoravský (14.6 percent), Moravskoslezský (11.4 percent) and Pilsen Region with a share of 6.5 percent. The lowest number was in the Karlovy Vary region (1.9 percent) and in Prague (2.3 percent).

Together with other categories, such as superstructures, built-ins and boarding houses, individuals and construction companies began building 8,451 dwellings by the end of March, down 7.5 percent year on year. The Central Bohemian Region had the largest share (19.2 percent). This was followed by the South Moravian Region (14.8 percent), Prague (14.6 percent) and the Moravian-Silesian Region (8.6 percent). The lowest number was in Karlovy Vary (1.2 percent). This region is the smallest in terms of population.

The Czech Republic has been facing a housing crisis in recent years. According to the World Bank, the Czechia is 156th out of 190 countries in the process of processing building permits. The situation is to be improved by a new building law. However, the norm, which is now being discussed by the House, has a number of critics.