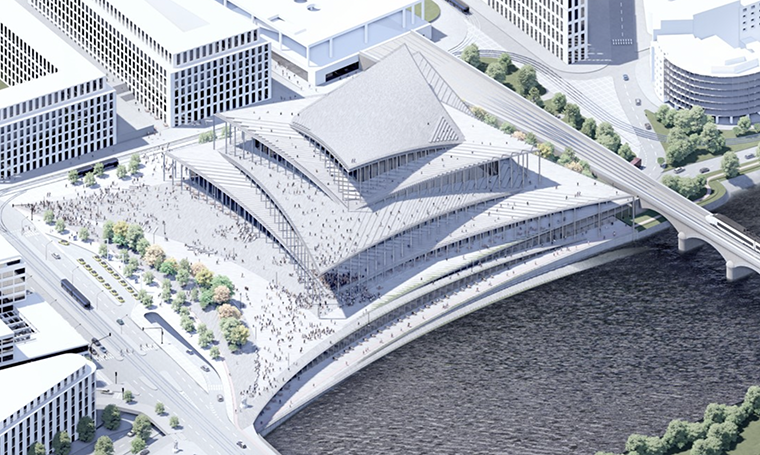 The development of the planned philharmonic hall project at the Vltavská metro station will cost Prague CZK 1.02 billion net. City councilors today confirmed the awarding of the contract to the Danish studio Bjarke Ingels Group, which was successful in an international architectural competition. According to the June estimate, the construction itself will cost CZK 9.4 billion, compared to last year's original estimate of CZK 4.9 billion. According to the plan, the building should be completed in 2032.

In the past, representatives of the municipality's management talked about the fact that the preparation of project documentation for the building should cost CZK 780 million. The city evaluated the international competition in May, 115 teams applied, 15 advanced to the finals, and the city itself invited five others to develop a proposal.

In the future, the new building will house the Czech Philharmonic, the Symphony Orchestra hl. City of Prague FOK or the music department of the Municipal Library in Prague. The Philharmonic is to become a cultural center that will also offer cafes, restaurants, a city park or access to the river.

The Vltava Philharmonic should have three halls - a concert hall for 1,800 spectators, a smaller one for chamber music with a capacity of 500 seats and a multifunctional one for other genres and types of events with a capacity of up to 700 people. The construction of the new cultural center is part of the transformation of the Bubny-Zátory locality, where it is planned to create a neighborhood for up to 25,000 people.