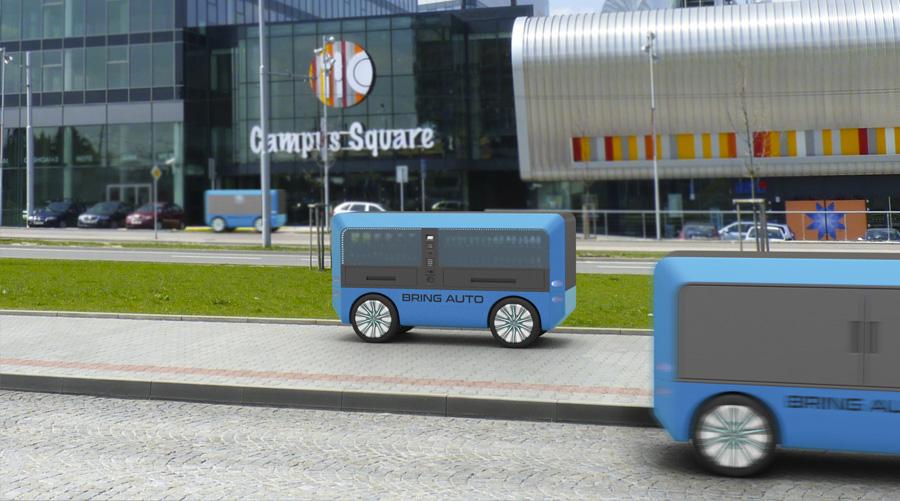 Completely autonomous operation of a robotic car, which does not even need remote operation, was demonstrated today in the Královopolská complex in Brno by the Brno company BringAuto. The car, which will carry up to three tons of cargo, is undergoing tests, its authors would like to launch it on the market at the end of this year, according to one of the founders of BringAuto, Jan Najvárek.

"Last autumn we tested operation with teleoperation, ie remote control, when the vehicle was driven remotely from the Brno office. The vehicle is now completely autonomous, it only needs to run the route several times before starting the autonomous mode to map it," said Najvárek.

According to him, the vehicle has changed significantly since the autumn, especially in terms of equipment. "It has a powerful control unit, sensors for CZK 300,000, super-precise GPS navigation with centimeter accuracy, radar and cameras for visual location. The operator in the remote office no longer controls the vehicle, only oversees its operation and can intervene in case of a problem," added Najvárek.

Due to the valid legislation, autonomous cars in the Czech Republic cannot be used for driving on public roads, therefore BringAuto conceives, tests and offers them mainly for use in industrial areas. The car may have different superstructures depending on the type of material being transported.

"For example, it transported samples in a chemical plant, thus saving the time of laboratory technicians who are trained to work on complex devices and spent part of their working time transporting samples from one part of the premises to another," described Andrea Najvárková, also the company's founder.

The car manages to serve the route with turns and various stops. When the operator removes the transported material from it, he sends it to the next place by pressing the button. Therefore, it is not possible for the vehicle to leave the stop prematurely. It can also be controlled by voice commands via telephone.

BringAuto assumes that it will start offering an autonomous robotic car at the end of this year, the estimated price is around three million crowns. It is especially suitable for industrial areas, where it should travel on a route longer than 300 meters, but according to the authors, it pays off even at shorter distances, when it can, for example, simplify the material transport system.

In the future, autonomous robotic cars could, for example, deliver consignments or deliver food. To make this possible, the law would have to change, which now does not allow drivers to drive without driving on the roads.