The Rotunda in Prague Old Town will be renovated for CZK 6.3 million 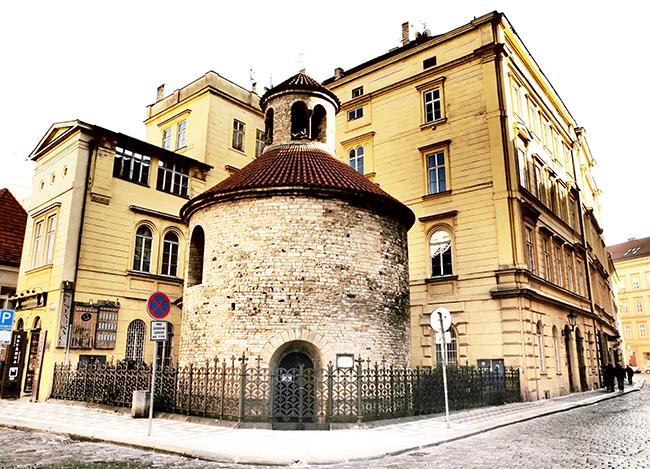 The cross at the corner of Karolína Světlá and Konviktská streets in the Old Town will be renovated for approximately CZK 6.3 million. Prague spokesman Vít Hofman said yesterday that the work should be finished in the autumn of this year. During the work, workers discovered marl slabs of the original roofing, which were covered by newer layers.

The smaller Romanesque building dates from the first half of the 12th century and is one of the oldest surviving church buildings in the metropolis. It is among the three preserved rotundas in the wider center of Prague, together with the rotunda of St. Longina in Nové Město and the rotunda of St. Martin in Vyšehrad.

According to Hofman, the discovery of the original covering brings knowledge about historical construction procedures and materials. "The marl cover was not historically completely removed, but was covered by younger layers," he said.

According to the municipality's information, the reconstruction consists of the replacement of the existing passage covering, carrying out a restoration survey, repairing the interior plaster, plating, painting or restoring the stone elements of the main cornice and the glazing at the top of the dome of the nave.