There are fewer vacant offices in Warsaw, while the selection in the regions is growing 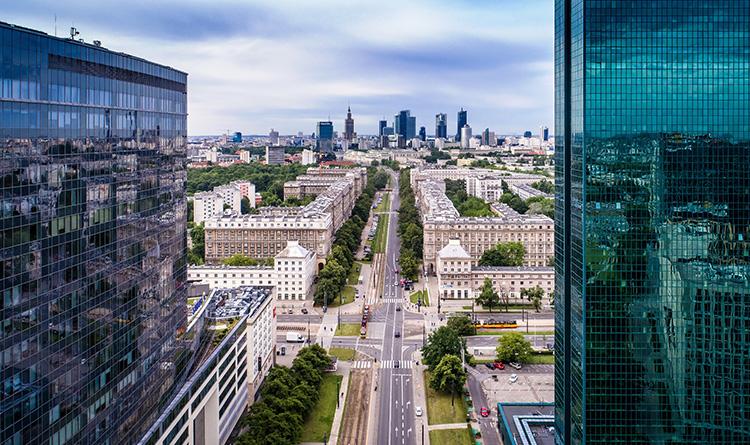 The beginning of the year brought a revival in demand for offices. Katowice now have a larger offer than Poznan, and rental rates for the best space in Warsaw have increased.

In the first three months of this year, developers delivered 50 per cent more offices than in the same period a year earlier, and almost three times more than in 2020. According to Walter Herz, the seven largest business centers in the country, gained a total of over 320,000 sqm of new space.

"The number of offices under construction decreased during this period from 1.1 million sqm to about 870,000 sqm, around 600,000 sqm of which was under construction in April on the regional markets. - The diminishing number of emerging offices results in an increasingly limited choice of good-quality space in some cities. Warsaw is particularly exposed to supply shortages, where the smallest number of offices have been built in over a decade," says Mateusz Strzelecki, Head of Tenant Representation Partner at Walter Herz. "At the same time, we observe a clear increase in demand on the office market. In the first quarter of this year, in the seven cities we surveyed, 413,000 sqm of space was leased, which means that tenants leased almost twice as many offices than in the same period last year," says Mateusz Strzelecki.

"There is also a clear noticeable increase in tenants' interest in flexible forms of lease, that is co-working spaces and instant offices. In some locations in the country there is a shortage of vacancies in such spaces. The ESG aspects also have an increasing influence on the office real estate market and companies' strategies," adds Mateusz Strzelecki.

Rental rates are rising:
"In turn, rising construction and finishing costs of office space put pressure on the rise in initial rental rates. - Increasingly higher prices of utilities, waste collection or labor costs are already reflected in the amount of service charges. In some office buildings, we are dealing with increases in advance payments towards service charges. As a result of inflation, effective rents for the best office space in Warsaw have also slightly increased. It is also related to the clearly visible trend of relocation of tenants to the newest buildings," notes Mateusz Strzelecki.

The greater demand for offices is offset by a large amount of space delivered in regional markets outside Warsaw. Hence, the vacancy rate in the leading locations in Poland, according to Walter Herz data, remains on average at a similar level to that at the turn of the year.

The first three months of this year in Warsaw brought slightly over 90 thousand sq m. of space in six completed office buildings. Among the delivered properties, there is the skyscraper in Forest building, the third office building in Lixa complex, the first building in SkySawa project, and Fabryka PZO II office building. The capital resources now amount to 6.24 million sqm of space.

In Warsaw, the demand is three times higher than the new supply:
There are currently over 320 thousand sq m. of office space under construction in the city. Varso Tower, The Bridge, Skyliner II and Studio complex, among others, are currently under construction. Compared to the years before the pandemic, when almost three times more offices were built over a number of years, this is a large investment gap. Despite the increasing difficulties visible on the market, developers are heading towards their former activity. Last year, six zoning decisions were issued in Warsaw and seven new applications were submitted.

Due to the small number of offices being built, with the growing demand, the vacancy rate in Warsaw is dropping. If nothing changes, shortages in supply already pointed out by flexible space operators, will also affect those who rent traditional office space. However, the quality of offices offered in the capital deserves attention. Over 40 per cent of office space in Warsaw is certified, which places its location among the global leaders.
In the first three months of this year, the demand for Warsaw offices was three times higher than the new supply, it exceeded 270 thousand sqm of space. It was the highest quarterly result in the last few years. It is three-fourths higher than the average in the last five years and nearly 2.5 times higher than in the previous year.

Wroclaw offices are the most popular in the regions:
The largest lease transactions in Warsaw were carried out by companies from the banking and financial sectors. In regional cities, the highest needs in terms of work space have recently been demonstrated by tenants from the technology and business services sectors.

On the Kraków market in the first quarter of this year, approximately 31,000 sqm of space were contracted, which is a result slightly better than in the previous year, but almost a half lower compared to 2020.

Kraków's office resources increased by 21,00 sqm of space, which allowed to increase the potential of the city to 1.64 million sqm of offices. Among others, Aquarius and the last building in the High5ive complex, were delivered. Nearly 200 thousand sq m. of space is still under construction, including Brain Park, The Park Cracow, Ocean Office Park and Kreo.

In Wroclaw, office space currently amounts to 1.28 million sqm of space. During the first three months of the year, over 36,000 sqm of new space were delivered in Wroclaw’s MidPoint 71 project, and over 116,000 sqm is currently under construction. Other projects include another building in Centrum Południe complex, Wielka 27 and Infinity. In the first quarter, over 38,000 sqm of offices were the subject of lease, which means almost 70 per cent. year on year growth and gives Wroclaw the best result among the regional cities.

The Tri-City is close to joining the group of cities with 1 million sqm of modern office space. Only a few thousand sqm of space are missing from this threshold. According to Walter Herz, in the first three months of this year, about 32,000 sqm of office space emerged on the Tri-City market. There are 68,000 sqm of offices under construction, most of which are located in Gdansk, while, the quarterly demand exceeded 22,000 sqm of space.

Katowice is rapidly increasing its potential:
In Poznan, there are no recently completed office buildings, which means that the existing office supply remained at the level of approx. 620,000 sqm of space. There are 79,000 sqm of office space under construction. The largest projects include Andersia Silver and Nowy Rynek E. In the first quarter, the demand amounted to 6,500 sqm, which is a 40 percent higher result than in the previous year.

Katowice was the leader in terms of new supply in the first months of this year. The construction of over 116,000 sqm has been completed there. Thus, almost half of the commissioned space at that time in the regions belonged to this agglomeration. As a result, Katowice has about three times higher inflow of new supply than the average for the last three years. Thanks to an exceptionally large amount of supply, which was provided, among others, by office buildings in .KTW II and Global Office Park project, as well as DL Tower and Carbon Office, office resources in the city amounted to 715,000 sqm.

Katowice has thus become the fifth largest office market in the country, ahead of Poznan. There are over 70,000 sqm of office space under construction on the Katowice market, including the Craft building.

In the first quarter of this year, the demand for Katowice offices reached 30,000 sqm of space, which was almost seven times higher than the result recorded in the corresponding period of the previous year, and over 40 per cent higher than in 2020.