Today, IKEA will open the first planning studio in the Czech Republic in Chodov, Prague 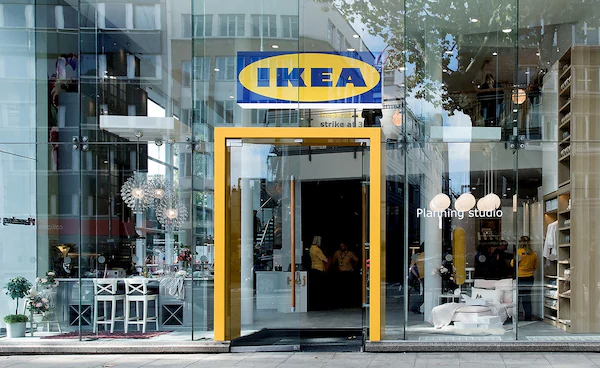 A new design studio will open in Prague's Westfield Chodov shopping center on Thursday, where people will be able to plan kitchens, storage spaces or bathrooms. It will be operated by IKEA, which will be the first design studio in the region of the Czech Republic, Slovakia and Hungary. Representatives of the company announced this at a press conference today. There are already studios in the Czech Republic where it is possible to design your own kitchen, mostly the services of smaller companies.

It will not be possible to physically buy furniture in the center, but after planning an apartment or room, customers will be able to order it on the spot. The service will be paid for, people will then be able to deduct the price from the price of the purchased furniture. The company expects that most clients will be pre-ordered, otherwise they would probably be waiting on the spot. Information such as the dimensions of the apartment, where the cables lead in the apartment, etc., will be filled in by customers in an electronic questionnaire.

It has already worked in the center of the capital IKEA. The small store, where customers could plan a kitchen or pick up a small purchase, operated on Wenceslas Square for about a year, until August 2019. Representatives of the company subsequently stated that the so-called IKEA Point was a temporary project designed to test a similar operation. "It turned out that planning services were one of the most sought after," said František Šašek on behalf of the chain.

There are more studies in the Czech Republic that offer the opportunity to design your own kitchen, mostly smaller companies that, for example, offer custom furniture production. In Prague, for example, it is Interiér studio, for example, the company Sykora has several studios throughout the country.

In the past financial year, which lasted from September 2019 to last August, IKEA recorded double sales on the Internet year-on-year. Employees processed up to 30,000 orders a week, said Mounia El Hilali, the company's director for the Czech Republic, Hungary and Slovakia. The company wants to focus on improving online shopping in the near future. It will invest in IT systems and logistics capacities. Last year, it opened three dispensing points in the regions, and this year three more will be added to them, namely in the Pilsen, Karlovy Vary and Ústí nad Labem regions.

IKEA is a Swedish furniture company that has been operating in the Czech Republic since 1996 and on the domestic market. It operates four department stores, two in Prague, another in Brno and Ostrava. 9.1 million people visited them last year. Revenues for the last financial year for the company decreased by CZK 166.5 million year-on-year to CZK 10.5 billion, profit decreased by about eight percent to CZK 1.1 billion. IKEA has planning centers, for example, in Madrid or Rome.