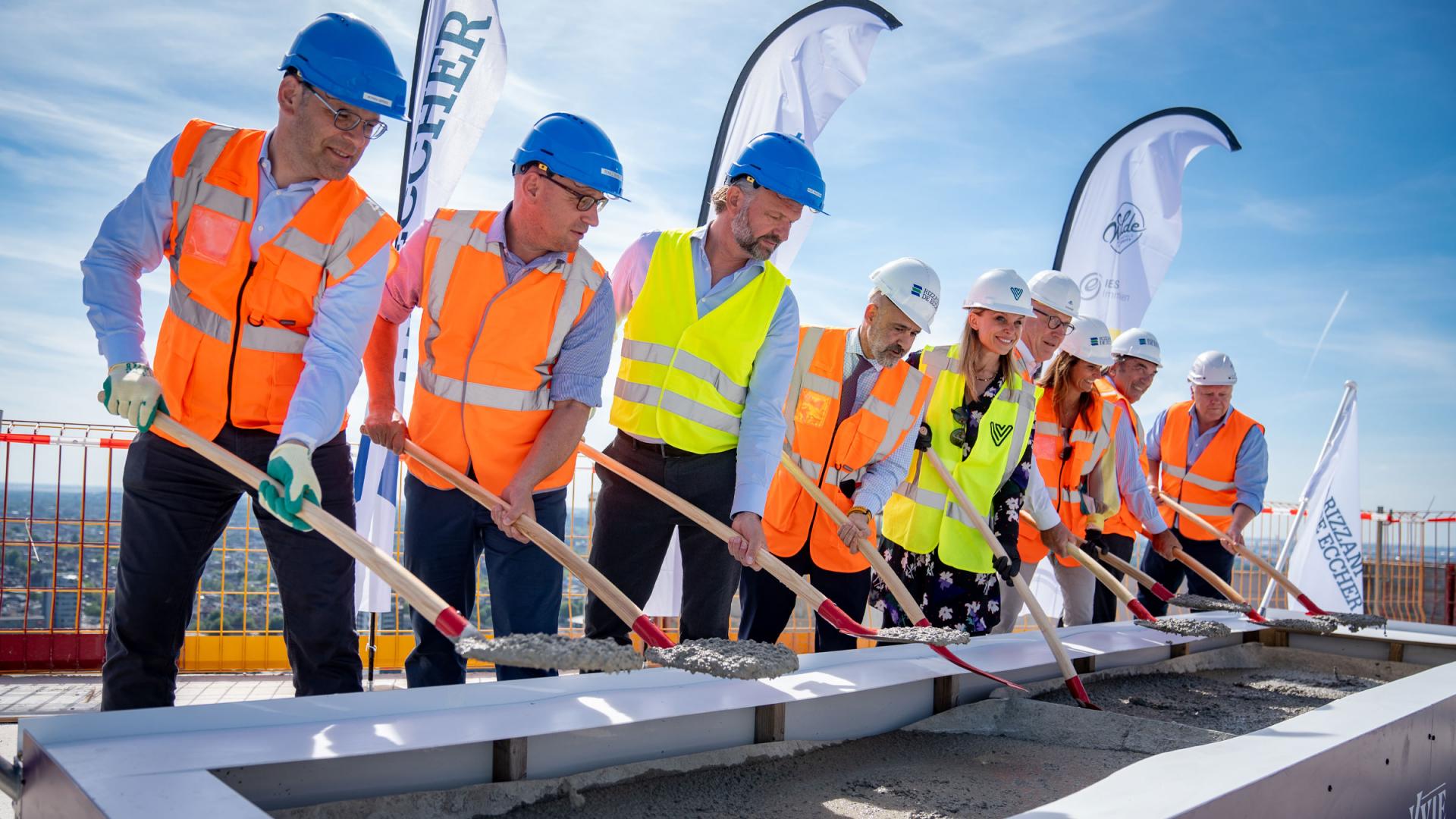 Maritim Hotels and Union Investment have signed a 50-year lease for the largest integrated congress hotel in Europe, which is being built opposite the main train station on the banks of the IJ in Amsterdam Noord. Union Investment is investing around EUR 500 million in the project development, which includes the Yvie residential tower as well as the hotel tower. The ensemble is part of the portfolio of the open-ended public real estate fund UniImmo: Europa. Union Investment, one of the leading European real estate investment managers, and the well-known German owner-managed hotel chain announced the conclusion of the contract on June 15, 2022 at the topping-out ceremony in the Maritim Hotel Tower.

Compared to the European industry average of 20 to 25 years, the agreed lease term of 50 years is extraordinarily long. It is an expression of the fact that both parties are counting on the return of major conferences after the corona pandemic and on Amsterdam's strong position as a European congress location. The Maritim Hotel is scheduled to open in 2023.

Volker Noack, Member of the Management Board of Union Investment Real Estate GmbH, explains: "Union Investment took over this project from the investors at the time in 2019 because we were convinced that the attractive waterfront location on the banks of the IJ directly opposite Amsterdam Central Station was the ideal location cannot be topped for the largest integrated congress hotel in Europe, and that a leading congress center in Europe should be built there. The unusual district development consisting of the Maritim Hotel and the neighboring Yvie residential tower is one of Union Investment’s five largest investment projects worldwide.”

The 110 meter high hotel tower for the four-star hotel with 579 rooms will be the third tallest building in Amsterdam. Attached to it is a conference and congress center with 18 conference rooms that can accommodate more than 4,400 visitors. The largest conference hall, Haal 1, can accommodate up to 2,200 people, making it the second largest event location in the Dutch capital after the RAI exhibition and congress center on the southern outskirts. Measured by the number of rooms in the affiliated hotel, the congress center will be the largest venue of its kind on the European market. The Yvie residential tower with 176 rental apartments and 120 serviced apartments is also being built right next to the Maritim hotel tower.

dr Monika Gommolla, owner and Chairwoman of the Supervisory Board of the Maritim Hotel Group, is confident: “The Maritim Hotel Group is already looking forward to the opening of our lighthouse project 2023 in Amsterdam Noord, which was realized with Union Investment. After the corona pandemic, we are gradually seeing a revival in the congress business on the European market. Despite the deteriorating economic and geopolitical outlook, we expect a full recovery soon, because people finally want to meet again in person. For these visitors, the Maritim Congress Hotel with its modern facilities and good accessibility will be a new attraction. It is only 20 minutes to Schiphol Airport and there are excellent rail, road and boat connections. A five-minute ferry ride across the IJ takes you to Amsterdam's beautiful 17th-century canal district. For more than 50 years, the Maritim hotel chain has been known for offering its guests extensive conference facilities and a highly professional conference service. Our many years of experience and this exceptional location are a recipe for success.”

On an international level, Amsterdam is already a renowned meeting place for many industries. In 2019, the city was ranked 14th in the International Congress and Convention Association's global rankings for meetings and conventions. According to the HVS Hotel Valuation Index, the realized revenue per room (RevPAR) in the city of Amsterdam increased by one cumulative annual over the period 2015-2019 Growth rate (CAGR) of 4.0%, supported by a 3.0% compound annual price increase over the same period and a broadly stable occupancy rate of around 80%.

The city's hotel market, which is considered one of the most attractive in Europe, recorded 9.8 million overnight stays in 2021 due to lockdowns and travel restrictions during the corona pandemic, after a peak of 16 million in 2018. In the meantime, the number of visitors is increasing again, but they are still behind those of the Dutch market as a whole, since Amsterdam is highly dependent on international travelers and business travellers. According to forecasts, the number of overnight stays should return to pre-pandemic levels by the end of 2023.