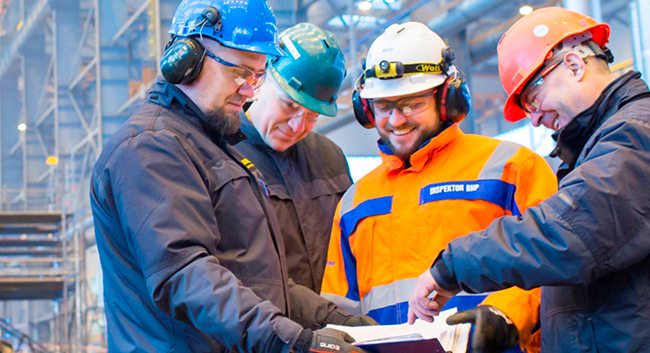 Vistal Gdynia recorded PLN 21.33 million of consolidated net loss attributable to shareholders of the parent company in 2021 compared to PLN 254.32 million of profit a year earlier, the company said in its finacial report.

Losses for 2020 are the result of high costs: financial and the arrangement with creditors, according to the report.

"Vistal Gdynia has had a very special period. The year 2020 was not only the first full year of operation after the final approval of the arrangement with creditors, but also a time of turbulence caused by the COVID-19 pandemic. difficulties and an increase in production costs resulting from the introduction of new sanitary regimes or the freezing of the economy, as well as delays in awarding contracts related to the administrative slowdown of tender processes, especially on foreign markets - which significantly influenced the construction of the order portfolio. the company fulfilled the provisions of the adopted arrangement, making timely repayments of receivables, and significantly increased the scale of operations, as evidenced by a significant increase in sales "- said president Ryszard Matyka.

Vistal Gdynia hopes that in 2021 it will gradually increase the scale of its operations, generating financial resources sufficient both to service the arrangement liabilities and to benefit value growth, the company stated.

"We are already seeing a growing number of tenders and tender procedures in Poland and abroad. Huge funds are flowing in for investment in infrastructure and I think that the share of this branch of the economy will increase significantly this year. wind energy - we are analyzing the possibilities of participation in the supply chain for offshore wind energy. We have the necessary qualifications to effectively participate in tender procedures both in Poland and abroad "- added the president.

Vistal Gdynia under restructuring is a producer of steel structures, executing contracts for clients in the country and on foreign markets. The company made its debut on the Warsaw Stock Exchange in 2014.