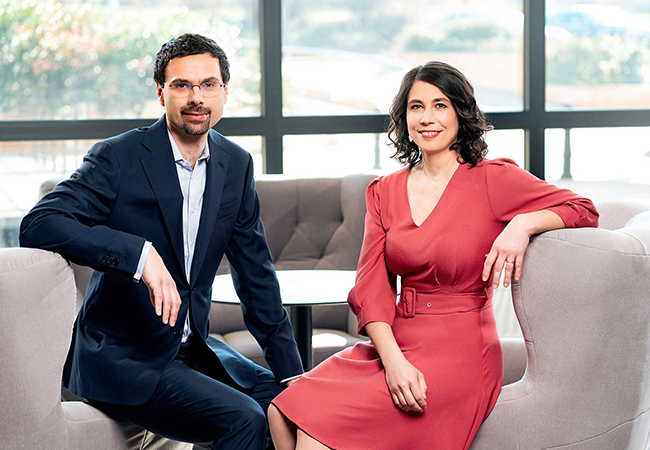 The Vlček Family Foundation has announced an architectural competition for the reconstruction of the Cibulka homestead in Košíře, Prague, where it plans to build a children's hospice and a care center for life-threatening illness patients, announced spokesman of the foundation, Mirek Čepický. Architectural studios can send their portfolios until October 4, from which the jury will select five advancers. The result should be known in February next year. The couple bought the long-dilapidated homestead at the beginning of the year, Ondřej Vlček is the general director of the antivirus company Avast.

The competition will take place in the form of a so-called competition workshop, ie in a dialogue between the participants and the jury. The jury will include five architects, the Vlčeks and the director of the Ivana Plechatá Foundation. The selected five architectural studios will have until the end of November to prepare the designs, followed by their presentations and the opportunity to complete them on the basis of the recommendation of the jury, which will then select the winner.

The foundation wants to start the reconstruction next year. According to the published assignment, the estimated costs are CZK 300 million without VAT. According to the document, the planned hospice should have 12 beds. They should be used for shorter regular stays by children with life-threatening illness, who will be able to complete the stay alone or with their families. Furthermore, the hospice will be intended for children whose treatment has already been exhausted and need so-called palliative care at the end of life. Even in this case, the foundation counts on the presence of the family. The assignment also includes, for example, a mourning room for families whose child has died and they need time and space to say goodbye.

In addition to the hospice, the area also houses the Vlček Family Foundation, which plans research and educational activities according to the assignment. They are to be provided by a multifunctional hall with a capacity of 50 to 70 people, two smaller classrooms and an archive. Other spaces will be used by another Vlček foundation called Zlatá Rybka, which fulfills the wishes of seriously ill children. According to the assignment, the area could also be complemented by, for example, a café or restaurant, a zoo or a sports ground. It will also include landscaping of the now inaccessible garden, which should be partially open to the public.

It is the fate of an unused homestead since the 1990s, it has been occupied several times by squatters. The owner of the homestead, Oldřich Vaníček, originally approached the City Hall of Prague 5 with a purchase offer, but changed his mind and began negotiations with another interested party.

This turned out to be the Vlček Foundation. In mid-March, the Vlčeks announced that they had invested CZK 1.5 billion in assets in the newly established Vlček Family Foundation with the aim of, among other things, building a children's hospice and palliative care center. Roughly one third of the amount invested in the foundation is intended for the purchase and reconstruction of the Cibulka homestead and the first phase of operation of the building and the foundation, Čepický said yesterday. The remaining part will be determined as principal for investments, the proceeds of which will be used to continuously finance the operation of the foundation.

The Vlčeks follow up on the activities of their charity organization Zlatá rybka, which has been operating for six years, and its mission is to fulfill the wishes of children who have life-threatening illnesses. The assets of their family foundation come from Vlček's quarter of a century in Avast, which has since become a successful global software company. His wife Katarína is a doctor working in the mobile hospice Cesta domů.