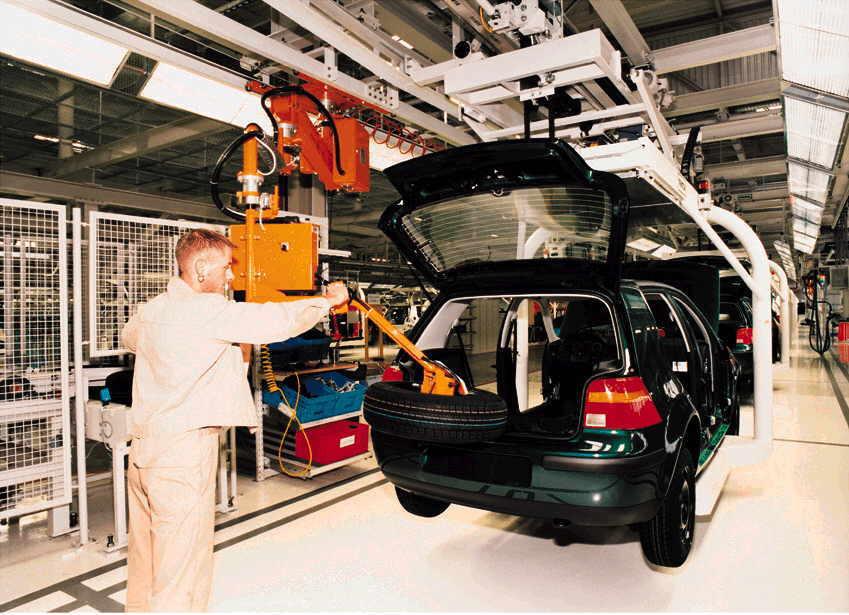 German car company Volkswagen (VW) has postponed its decision on the construction of an electric car battery plant, gigafactory, by six months to the middle of 2022, with Czechia interested in the factory, Czech Industry, Trade and Transport Minister Karel Havlicek announced.

Havlicek and PM Andrej Babis were supposed to discuss the gigafactory project with Volkswagen board chairman Herbert Diess yesterday.

Their meeting took place at the Industry Ministry, but only to sign a memorandum on support of the construction of electric vehicle charging stations in Czechia.

The car battery plant could be built on the premises of former brown coal-fired power plant Prunerov 1 owned by power utility CEZ. Havlicek and CEZ signed a memorandum on the project support in summer, saying the project should amount to at least CZK 52 billion in the first phase and create 2,300 jobs.

However, there are options other than Czechia, for example Poland, Havlicek said.

The Czech plant is planned with a capacity of over 30 gigawatt hours, which would cover 400,000-800,000 passenger cars a year, depending on technology of the producer and battery capacity.

A total of 70 percent of VW sales in Europe should be electric cars in ten years. The group wants to build six large battery plants in Europe by 2030.

This morning, Havlicek and representatives of Skoda Auto discussed impacts of chip shortage on the Czech car industry that employs about 180,000 people.

He is thinking about helping the hit segments by a new programme Antivirus, which the government used during the coronavirus pandemic. The programme would substitute for the classic kurzarbeit (short-time working) scheme.

The tripartite council (representatives of the government, employers and trade unions) will discuss the aid next Monday.

Planned production shutdowns will last until the end of this year, Havlicek said.

Last week, Skoda Auto said it would cut significantly or even halt production in all its three plants in Czechia as of October 18 until the end of the year over the lack of chips.

A memorandum on support for electromobility is supposed to be signed by representatives of the government, Volkswagen, Skoda Auto, CEZ, the Road and Motorway Directorate (RSD), rail track management company Sprava zeleznic and the Waterways Directorate (RVC).