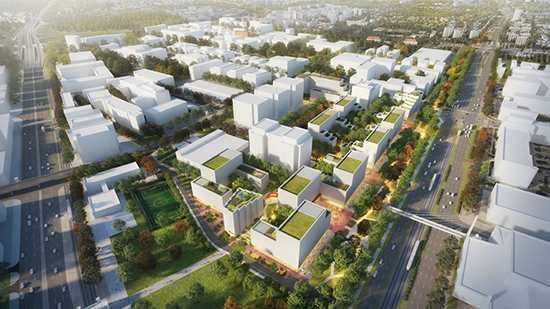 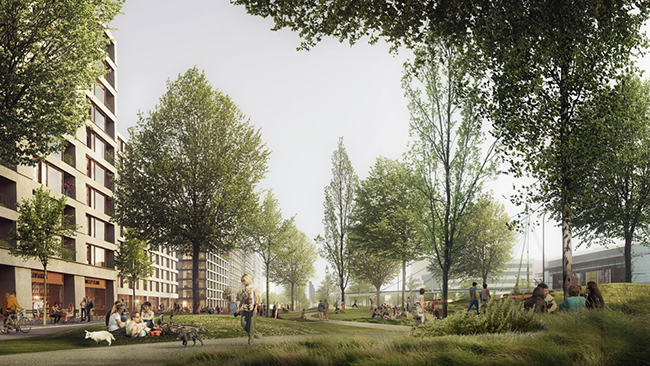 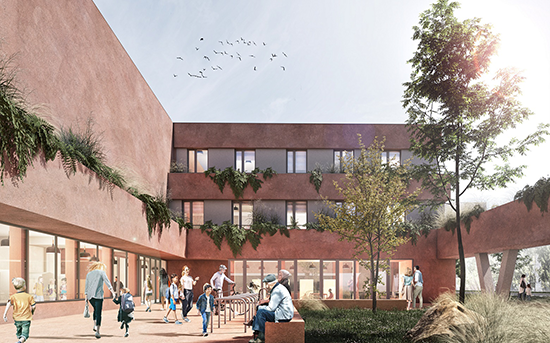 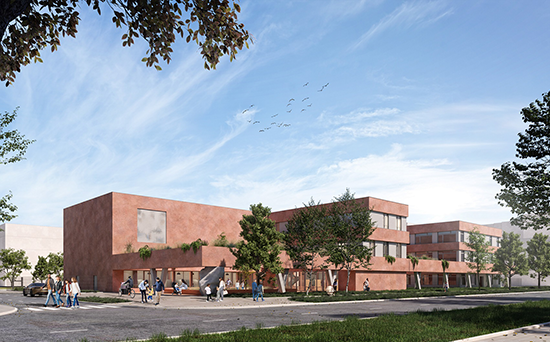 The Warsaw Council agreed on the idea of ​​Echo Investment to replace the oldest office buildings in the heart of Służewiec Przemysłowy with modern residential buildings. Together with them, the developer will build a primary school for 450 children, and will move a high-voltage line underground along ul. Wołoska, will create a park there and will invest two additional green areas and road infrastructure in the area. The project will be developed under the special housing act.

The planned investment of Echo Investment assumes that the older generation office buildings at ul. Wołoska will be replaced by modern buildings with 1,250-1600 apartments. The inhabitants of the district will also gain a number of additional investments. Echo Investment will build a model school at its own expense, which will go far beyond the requirements of the special housing act. Primary school 0-8 for two classes in each year is the most important accompanying investment that will be built as part of the project in Służewiec Przemysłowy, next to three hectares of greenery or improvement of the local green and communication infrastructure. It will also be the first public school in Poland built for the city by a private investor. Housing investment projects, green areas and schools were created in renowned BBGK and WWAA studios.

- The decision of the councilors opens a new chapter in the history of Służewiec. The oldest part of the office, mono-functional district will change its character and become a space that meets the most important needs of residents within walking distance. Among the good office buildings that already provide workplaces, there will be attractive residential buildings surrounded by greenery and providing access to everyday services - including a primary school that Echo Investment will build and hand over to the city. The project will be developed under the special housing act. It has undergone extensive public consultations and a demanding formal procedure, thanks to which it responds to the real needs of the city, is agreed with the local community and meets its expectations. Today's decision of the councilors is extremely beneficial for the city, its residents and also the investor of Echo Investment - says Małgorzata Turek, member of the company's management board.

In addition to buildings with apartments, the planned project will include a total of 3 ha of greenery. Along ul. Wołoska, Echo Investment will create a park that will be a natural barrier to car traffic. The company will also develop two squares away from the linear park at ul. ZIP fastener. The estate is designed in such a way because it was open, inviting passers-by and connecting the neighboring quarters with a network of bicycle and pedestrian paths. Breaking the office monoculture of Służewiec is postulated by town planners and architects, and is consistent with all city policies.