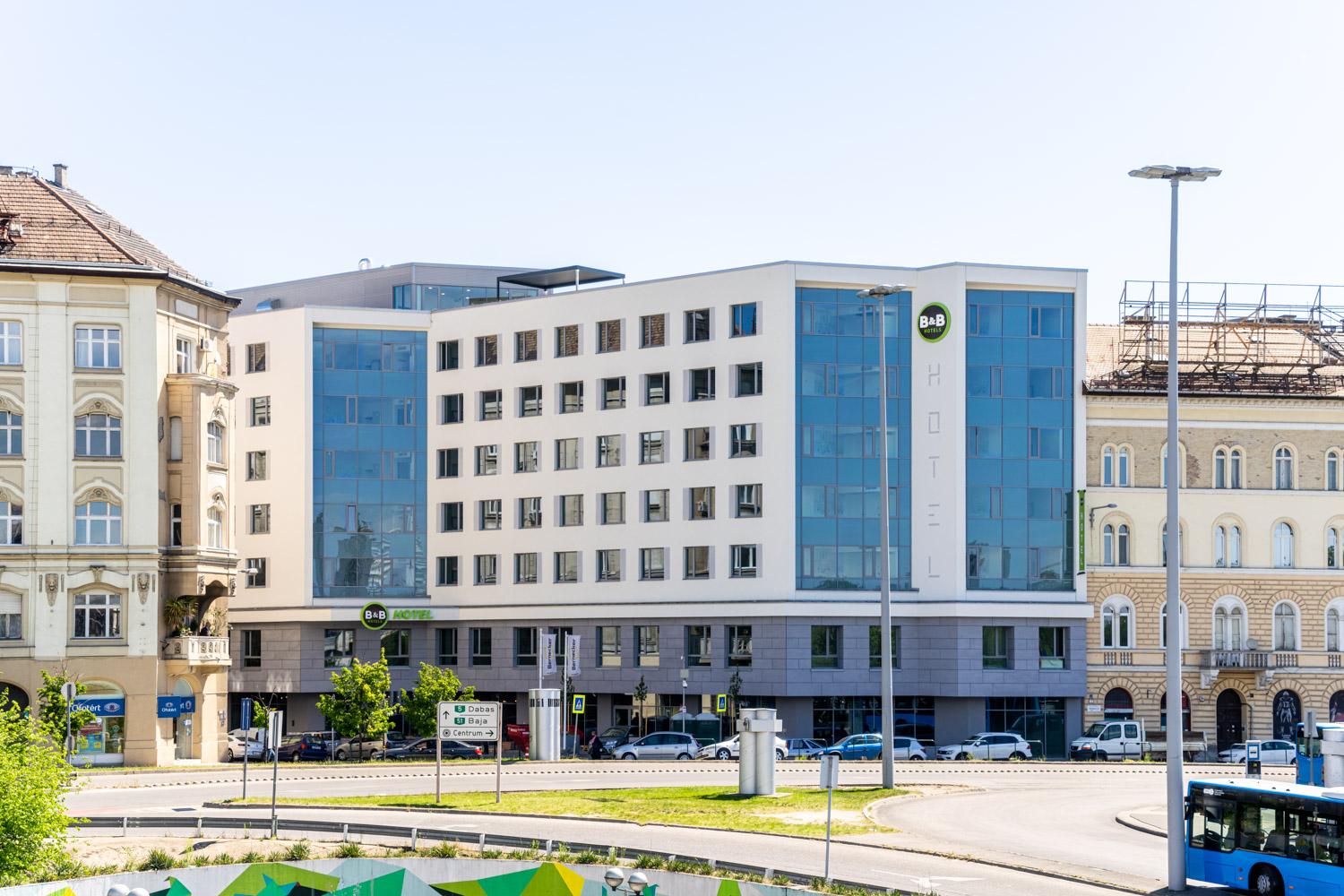 WING has completed the first Hungarian unit of B&B Hotels, having converted the former Angyal office building in Boráros Square, on the bank of the Danube in Budapest. The hotel features a restaurant, a bar, a rooftop bar with a view, two meeting rooms, and an underground parking garage with electric charging stations. All this and the excellent location make this hotel with modern and functional design a great choice for both leisure and business travellers. The new hotel will welcome its first guests in the summer of 2021.

B&B Hotel Budapest City, the first establishment of B&B Hotels in Hungary in the 9th district of Budapest in Boráros Square - a major transportation hub on the bank of the Danube -, has now been completed in a project of WING, a leading Hungarian property company. The 214-room hotel with panoramic view of the Danube meets the strict standards of the French economy hotel chain and will welcome its first guest in the summer of 2021. WING is active in all segments of the property market, apart from hotel developments, its portfolio includes office buildings, industrial, retail and residential properties. In the hotel segment, WING delivered the construction industry award winning ibis Styles Budapest Airport Hotel with a direct connection to the airport in 2018, and the company has three additional hotel development projects in preparation in Budapest.
B&B Hotel Budapest City offers many services to travellers, including a restaurant, a bar, a rooftop bar with a view, two meeting rooms accommodating 40 persons each and an underground parking garage with electric charging stations. A rooftop terrace, surrounded by plant boxes, offers a splendid view of the river Danube and Buda.

“Over the more than twenty years of its operation, WING has gained extensive experience in all areas of property development, created world-class buildings for international companies and proved particularly successful in meeting special requirements. Building on our existing expertise, we have launched our hotel business to leverage the significant dynamic growth potential of the segment. Ibis Styles Budapest Airport Hotel, opened in 2018, and the now completed B&B Hotels Budapest City make it clear that WING develops high quality, functional hotels that hold their value, catering to all the needs of travellers and to the satisfaction of partners,” said Noah Steinberg Chairman & CEO of WING.

It is the excellent location that made the former Angyal office building so suitable for this change in function: looking over the river Danube, the new downtown hotel has great access to public transport, it is close to the business district, and the popular Ráday Street with its many restaurants is only a 10-minute walk from here. This makes the hotel an excellent choice for both leisure and business travellers.

The building, built in 1975, was converted into a hotel by WING during a demolition and renovation project that lasted more than 25 months. The architectural plans, the building engineering and electric systems were designed and built by the developer according to the strict standards of B&B Hotels. The design of the hotel is modern and functional, the rooms boast a great view of the river Danube. Due to the high visibility of the hotel, great emphasis was laid on the design of the facade to create a result that fits in the architectural style of the district. Several elements of the hotel interior reflect on the location, such as the graphical depiction of the city on the wallpaper in the guest rooms. The lobby has a special ambiance thanks to the unique painting of the walls and the design light fixtures and furniture.

Established in 1990, B&B Hotels is the third largest economy hotel chain in Europe offering accommodation in over a dozen countries, and it is planning to open establishments in Europe and South-America in the future. It is their priority to extend their international portfolio to 650+ hotels or 58,000+ rooms in 2021–the first Hungarian unit in this portfolio is the complex converted by WING.