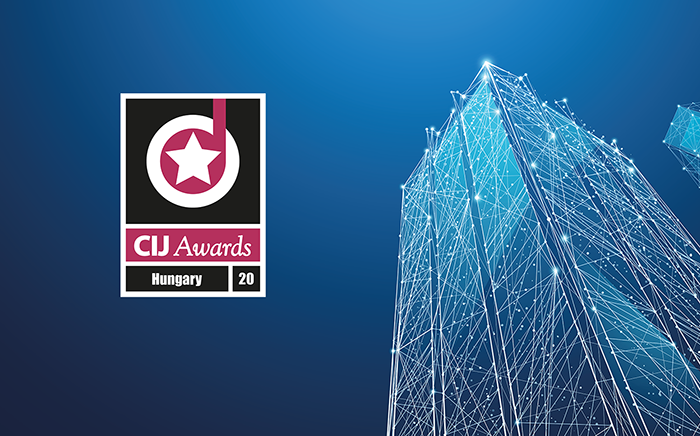 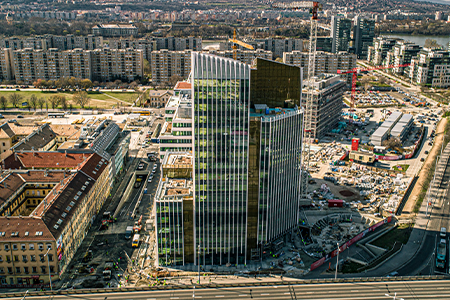 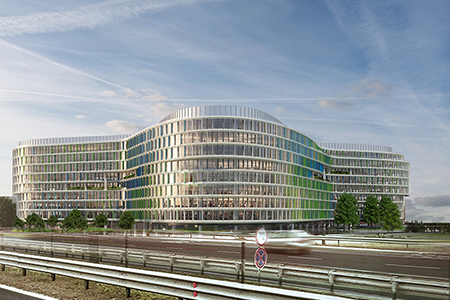 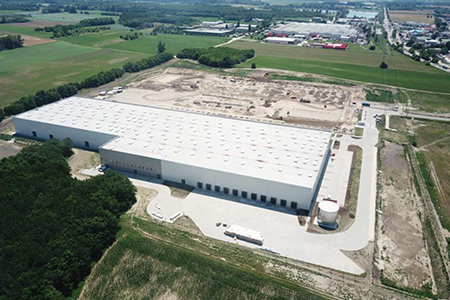 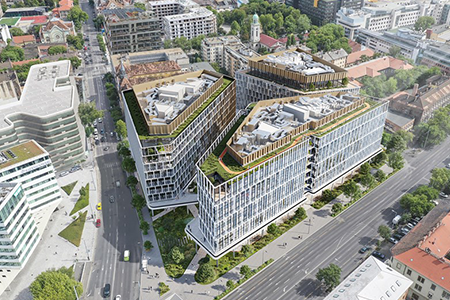 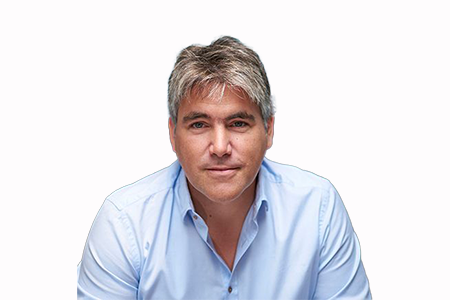 The 14th edition of the CIJ Awards Hungary 2020 represented 14 categories of the best projects, companies and teams operating on the Hungarian real estate market.

“The 2020 CIJ Awards Hungary presented 14 categories, showcasing 58 top nominated achievements in a year with unprecedented hurdles to doing business in a health and safe environment, while following government rules and restrictions, we respect them all as winners for their achievements and those companies that supported this years awards program.” – said Robert Fletcher, CEO/Editor-in-Chief of CIJ EUROPE the organiser.

Top winner for the CIJ Awards Hungary 2020 included, Futureal received 3 awards for their quality in Leading Green Office (a favourite with the judges), while Vodafone tenant at Budapest One was voted best lease for 2020 and Gábor Futó for Leadership of the Year, while Cushman & Wakefield won 3 for Property Management, Office Agency and Best Investment Transaction for the Hungary portion of the Goodman Hungary portfolio sale to GLP. CBRE came away with Retail and Warehouse/Logistics Agency of the year. Best Office Development went to Agora Budapest Tower by HB Reavis and Best Warehouse/Logistics Development award went to CTPark Budapest South DNH1 22,000 sqm developed by CTP. Best Upcoming in Development went to H2Offices by Skanska. Local Agency of the Year 2020 when again to Eston will a good number of votes from readers and jury members. Erste Bank again scored high to maintain there dominance in the Best real estate Bank category. Asset Management Company of the Year was scooped up by WING in a tough category of competition which held 7 of the leading companies on the Hungarian real estate market.

The winners of the competition were selected in a two-stage voting process. A selected jury committee of 10 recognised experts from the real estate, investment, architectural and construction industries. In the second stage an online balloting of 677 votes were cast from CIJ EUROPE readers. The weighting of the jury committee and online CIJ readers votes, represented 61% and 39% of the final result

The winners of the individual categories also received nominations for the Best of the Best CIJ HOF Awards. The Hall of Fame Awards is the climax to the CIJ Awards series, pitting the winning projects and companies from around Central & Eastern Europe against each other to determine who the Best of the Best really are. This year’s event features entries from the Czech Republic, Croatia, Hungary, Poland, Romania, Serbia and Slovakia.

About CIJ EUROPE:
For 26 years, CIJ EUROPE has been reporting on new projects, properties, transactions and development initiatives, while also providing commentaries and detailed analyses of the market, statistics and information on the latest trends in Northern, Central and Eastern Europe and in the international real estate development community. It presents interviews with the people who shape the industry, influential politicians, and key officials who decide on planning and public tenders. It is an important and reliable source of information about the development, property and construction industry in Northern, Central and Eastern Europe.