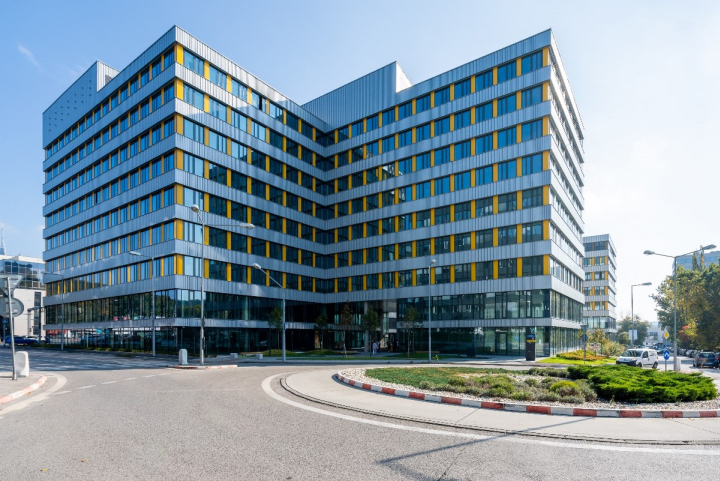 Colliers International reports that the total stock of modern office space in Bratislava came to around 1.89 million square meters. Of that amount, 71 percent is located in the BA I and BA II districts and 51,000 sqm was added to the market during the first six months of the year. The new projects include Ein Park Offices and the Nivy Tower building, which was granted permission for early use. Colliers reports a delivery pipeline of another 17 projects with a total area of around 319,000 square meters that should be delivered by 2023. Three buildings with a total area of 24,000 square meters are now going through the environmental approval process. They would be be added to the 612,000 square meters of existing office space that's already been certified. Take-up in Bratislava came to around 56,8000 square meters during the first half of the year, with 44 percent of that involving new deals. The most significant transactions were 9,300 square meters leased at Westend Plazza by the Slovak Statistics Office and a renegotiation for ING for 6,350 square meters at BA Business Centre V.