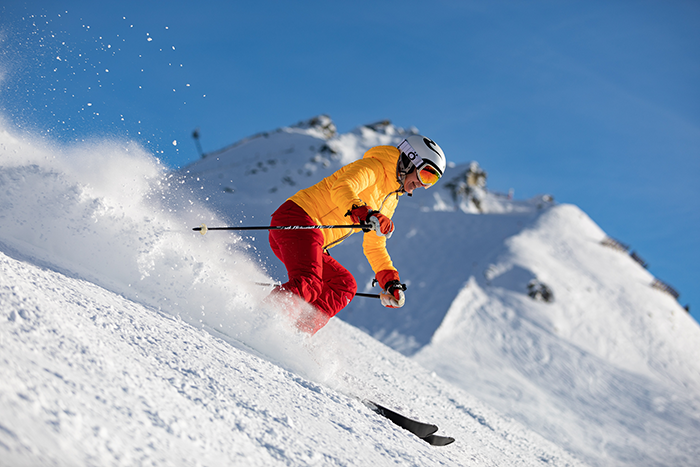 The construction of a new ski resort in Orlické Záhoří for tens of millions of crowns is complicated for the second year by the effects of the coronavirus epidemic. The investor of the ski resort is a company that is owned by the municipality. For example, a ski slope is ready, a cable car is bought and a parking lot is being built. According to the optimistic scenario, the area could welcome the first skiers in the winter season 2022/2023, the mayor of Orlické Záhoří Vojtěch Špinler announced. From the new center, the village promises to make the remote area of ​​the Orlické Mountains near the Czech-Polish border more attractive.

"The situation is not good, we are not building, we are waiting for what will happen due to the evolving situation around the covid. Building materials and construction companies are missing. It looks like we will continue in the spring," said Špinler.

The route of the ski slope, which has an area of ​​about six hectares and a length of about 1650 meters, is finished. It originated in former fields and meadows, which were afforested in the 1950s. Felling began in 2019, the ski slope is cleared. Construction work on the foundations for the cable car columns has not yet begun, so it is not possible to install the columns or the cable car itself.

"We have a ready electricity supply for the cable car or for snowmaking, the car park has yet to be completed. We will be happy to finish the car park this year and lay the paving in the spring," Špinler added.

A four-seater cable car with protective bubbles for skiers with a length of 1450 meters will take skiers under the Koruna peak, which is the second highest in the Orlické Mountains at a height of 1,101 meters. The lower station is planned in Jadrná, where the main starting point for the cross-country circuit is. There is free parking and another for more than 200 cars is being built. There should also be facilities for visitors to the complex.

The estimated costs of building the complex are in the tens of millions of crowns. According to the mayor, the purchase of a refurbished cable car alone cost about CZK 25 million and the construction of water tanks for snowmaking, the snowmaking system could cost about CZK 30 million.

In winter, Orlické Záhoří is known for its lighted cross-country skiing circuit, which was established four years ago and is one of the longest in the Hradec Králové region. It is connected to tens of kilometers of modified Orlicko mountain trails and also to cross-country trails in neighboring Poland. "As soon as the snow conditions allow, we will open the circuit again, last year it was already in December. Cross-country skiers are key for us, and the planned cable car should help them get comfortably from the main road to the ridges," added Špinler,

Larger ski resorts are a few kilometers away from Záhoří, the closest on the Czech side are the ski resorts in Deštné in the Orlické Mountains and in Říčky.