ČSOB Index: The mood of companies and entrepreneurs in the Czech Republic has further improved 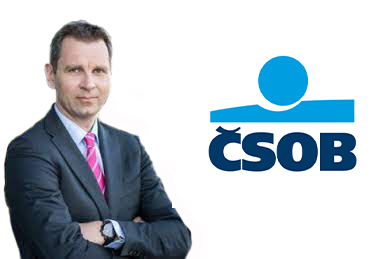 The mood of companies and entrepreneurs in the Czech Republic has further improved and only slightly lags behind the level measured before the pandemic. This has ceased to be a major risk for companies. It is now a development in the economy that three-fifths of respondents fear. This follows from the current ČSOB Index of Expectations of Companies, the results of which the bank published today at an online press conference.

The corporate expectations index rose to 7.8 points from the spring minus 17.9 points. Optimism has increased, especially for smaller companies and sole proprietors, while for medium-sized companies, optimism has fallen slightly since the first half of the year. The survey took place from October to early November.

"It is clear that companies expect the situation to improve and the overall market recovery by the end of the year. 41 percent of respondents expect an increase in demand for the fourth quarter, compared to 15 percent a year ago. 40 percent of respondents report an increase in investment, only a fifth a year earlier. The companies invest mainly in digitalisation and not only are they not laying off workers, on the contrary, they are interested in recruiting a quality workforce," said Pavel Prokop, ČSOB's Executive Director of Corporate Banking.

The economy has become a major risk for companies, which is mentioned by 60 percent of them. According to ČSOB's chief economist Martin Kupka, the increased perception of risks arising from the development of the economy is understandable. "Few people last spring expected that a pandemic for such a long time would significantly disrupt a number of supply and demand chains, complicate international freight transport, trigger a sharp rise in energy prices, production and consumer inflation and, as a result, interest rates," he said.

According to Prokop, thanks to EU resources for decarbonisation, the Czech Republic now has an extraordinary opportunity to technologically change and advance a number of industries and increase the competitiveness of companies. "Even the current situation of growing energy sources motivates companies to actively work with the topic of sustainability and reduce the consumption of resources and CO2 footprints, and thus ultimately move the Czechia within Europe in the right and competitive direction," he said.

The Business Expectations Index is a ČSOB project that can be used to monitor the development of small and medium-sized companies and entrepreneurs in the areas of demand, investment and the scope of business in the Czech Republic and Slovakia. The project is based on a survey by the Datank agency, which was attended by over 400 respondents from various fields throughout the Czech Republic. The company expectations index can take values ​​from plus 100 to minus 100 points. The plus field means prevailing optimism, a negative value means pessimism.