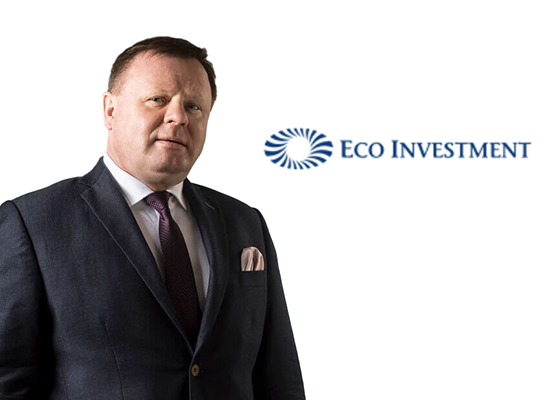 Construction lumber worth CZK 1.3 million was sent to the village of Moravská Nová Ves by the businessman and owner of Eco-Investment, a.s., Milan Fiľo. "This is a personal gift from Mr. Fiľo for people from this village, which was affected by a devastating tornado. The gift is a reaction to the acute shortage of building materials in the municipalities," said Petra Greksová, a spokeswoman for Eco-Investment.

Timber arrived in the village on Wednesday, July 14 in four trucks. There are a total of 135 cubic meters of wood.

Moravská Nová Ves is one of the most affected South Moravian villages, which the tornado practically razed to the ground two weeks ago. Dozens of volunteers help with the construction and repairs of houses here, according to whom construction timber is still a scarce material.

Milan Fiľo graduated at the faculty of Mechanical Engineering, Technical University Košice, Department of Economics and Management of Engineering Production.

After finishing his studies, he worked at Technical University as an assistant. In 1992-1993, Milan Fiľo was in a function of commercial manager in the company ECOHOLDER, s.r.o. In 1993-1995, he worked as a Chairman of the Board of Directors of FK Invest, a.s. and in the years 1994 - 1995 he worked in ORE TRADE, s.r.o. as a Director General. From 1995 to 2016 has been the chief executive officer, directorate chairman and chief operating officer of ECO-INVEST, later on chief executive officer and chief operating officer of ECO-INVESTMENT,a.s.

Milan Fiľo is an Associate Professor at the Faculty of Engineering of the Technical University in Košice, where he also successfully passed a Dissertation Exam and received a PhD degree in the field of industrial noise. In June 2007, the Pedagogical Faculty of the Catholic University of Ružomberok awarded him with the title of Associate Professor. In 2006, he was awarded the Doctor Honor Causa Award for Philanthropy and the Fight Against AIDS in Developing Countries at the College of Health and Social Work, Elisabeth in Bratislava.