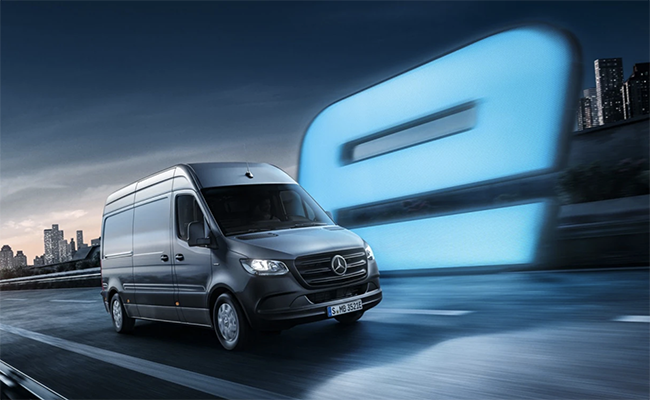 InPost will expand the fleet this year by a further several hundred electric vehicles, including over 250 Nissan e-NV200 and 10 eSprinter from Mercedes Benz, which will join the current fleet of electric cars, the company said. The cars will be used by couriers and for deliveries to Parcel Lockers in partner cities of the Green City program.

"InPost parcel lockers are already the most ecological form of delivery, as they reduce CO2 emissions by as much as 75%. Due to the conversion of the courier fleet to electric cars, we further reduce the negative impact of e-commerce logistics on the environment. Our target for this year alone is over 300 electric cars. Thanks to this, the partner cities of the Green City program will be the first cities in Poland where deliveries to Parcel Lockers will be made entirely by electric cars," said Rafał Brzoska, president of InPost.

More than 90% of the vehicles to be delivered later this year are the electric Nissan e-NV200 in the enlarged XL Voltia version with a load area of ​​10 m3. The 109 HP electric motor is responsible for the drive, and the high-voltage battery with a capacity of 40 kWh provides a real range of 200 km. Energy can be quickly topped up with DC using a CHAdeMO junction.

"We are delighted that InPost has once again placed its trust in our company and has chosen the Nissan e-NV200 once again - as a light commercial vehicle for its electric fleet. [...] We are proud that through this partnership Nissan can be part of the 'Green City' initiative and contribute to reducing CO2 emissions and noise in Polish agglomerations," added Maciej Klenkiewicz, managing director of Nissan Sales CEE.

The vehicles are provided by Arval Service Lease Polska. The contract covers a four-year vehicle rental with a service package, insurance and replacement cars if needed.

InPost is a delivery platform for e-commerce. Established in 1999 by Rafał Brzoska in Poland, InPost has a network of parcel lockers in Poland, Great Britain and Italy, and also provides courier and fullfilment services for e-commerce sellers in Poland. In 2020, InPost handled 249 million parcels via Paczkomaty, cooperating with over 26,000 e-sellers. The company's mobile application - InPost Mobile has over 6 million active users. In January 2021, InPost made its debut on the Euronext Amsterdam stock exchange.