Panasonic is ending production of televisions in Pilsen, 1,000 job loses 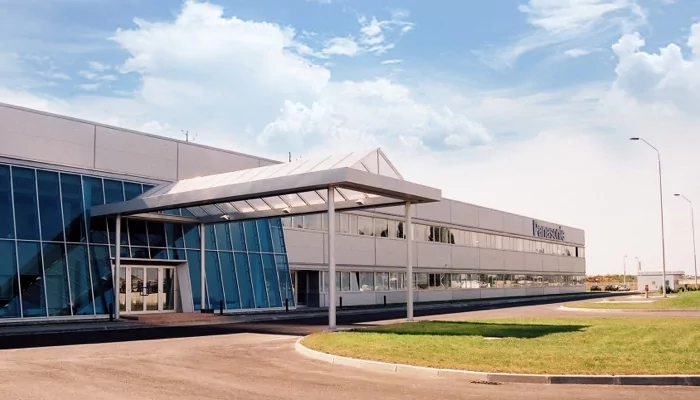 The Japanese Panasonic ends its production of televisions in a factory in Pilsen. 900 to 1,000 people should lose their jobs in the factory as of March 31, 2022, the chairman of the KOVO trade union, Jaroslav Souček, said yesterday at a meeting of the KOVO board in Hradec Králové. The general manager of the company, Radek Vach, announced that about 400 regular employees should leave. According to Jan Dvořák, chairman of the company's departments, the rest are agency workers. The reason for the step is the long-term declining demand for TVs. The company wants to expand the production of heat pumps. The Labor Office was informed this morning, does not expect problems with the application of redundancies.

"About 400 regular people should leave the company, with the proviso that we will try to increase employment in the remaining production of heat pumps, which we will expand. The factory in Pilsen will certainly not end," said Vach. According to him, people learned about the dismissal six months in advance. "We will try to use them for the production of heat pumps," he added, adding that there could be dozens of employees.

According to the chairman of the company's trade unions, Dvořák, 450 regular employees will lose their jobs, the rest are agency workers. "The television market is declining from year to year. We expected it to come, but only in the horizon of three to five years, but covid accelerated it," said Dvořák. According to him, 300 to 370 people will remain in the factory, they will produce heat pumps and blu-ray players and recorders.

Panasonic said in an announcement yesterday that it is currently moving TV production from its plant in Pilsen to an external company, as most companies in the industry have been doing for several years.

According to Dvořák, Panasonic employed 7,500 people in Pilsen during its peak boom, of which about 2,500 were regular employees. "We had the biggest peak in 2010, when we produced 3.9 million TVs," said Vach. Last year it was about a million pieces.

"It's a start, such a starter. Because once Panasonic has started it, the others won't be waiting for you," estimated Pilsen City Councilor for Business Vlastimil Gola (YES). He estimated that this could affect companies that produce parts for cars and now do not produce, or at least and are waiting to see what will happen next. According to Gola, 450 people should not cause unemployment problems in Pilsen. However, he pointed out that Panasonic is a prestigious factory that has attracted a number of foreign investors to Pilsen in 25 years. "Tribal people will definitely find a job in the labor market. I'm more worried about what agencies will do with agencies," he said. According to Gola, the relocation of production to cheaper factories is used by many large manufacturers today.

"We think that this is not part of a broader trend, there is no evidence of this. It is due to low demand for each type of goods. And it is advantageous that Panasonic offers some people a job in another type of production and the rest should not be a problem for employment in Pilsen. region and in the Pilsen region," said Josef Bernard (STAN), Deputy Governor for Regional Development.

"This morning we had a meeting with the HR director," said Zdeněk Novotný, director of the Pilsen Labor Office. The company needs regular employees by the end of March. "Then they will receive severance pay under the collective agreement, up to seven salaries," he said. According to Novotný, the dismissal should not cause problems on the labor market if more companies do not close at the same time, about which the office does not yet know.

"We will offer them the Outplacemet project, ie meetings with people and counseling, help, or retraining before it ends. And if there is interest, we will open a branch in the company and recruit people," he said. But a large part will probably find a place on their own, because they have already been contacted by a neighboring Japanese air conditioning manufacturer Daikin, who wants to hire 200 people.

"And it is not the only one. The issue may be agency employees who will want to reduce at the turn of the year, but they could also be absorbed in the labor market, because there are many applications for work permits for foreigners," Novotný added.

Panasonic AVC Networks Czech opened a TV factory in Pilsen in 1997. Panasonic has another plant for the production of car radios in Pardubice.