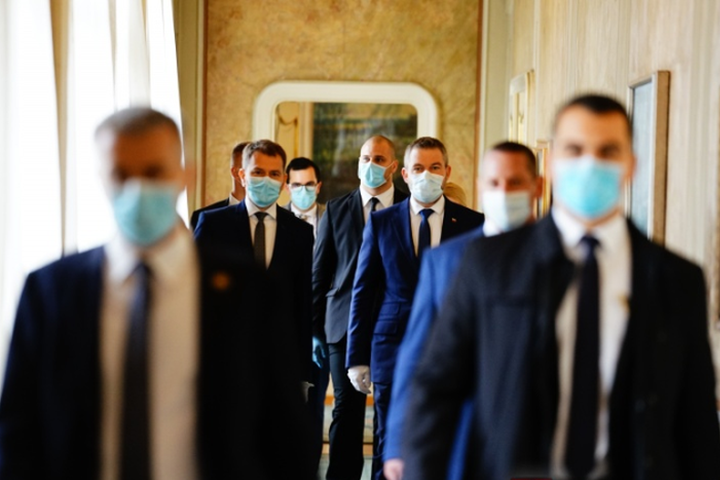 With the economy in freefall and signals appearing that the pandemic could be making a comeback, the Slovak parliament spent 15 hours discussing the fact that its prime minister committed plagiarism. The opposition parties used the affair to hold a vote of no confidence in the government of Igor Matovic, but fell well short of the number of votes needed to succeed. Matovic came to power earlier this year in the midst of the initial coronavirus outbreak in elections that swept by campaigning against corruption. But just before 5:00 in the morning, after a debate that included 30 speakers, the motion to fire the prime minister earned just 47 votes, while 78 were against it. The opposition is being criticized for doing a poor job of preparing and presenting the motion. Matovic said he'd return to governing on Friday and to continuing the process of reform.