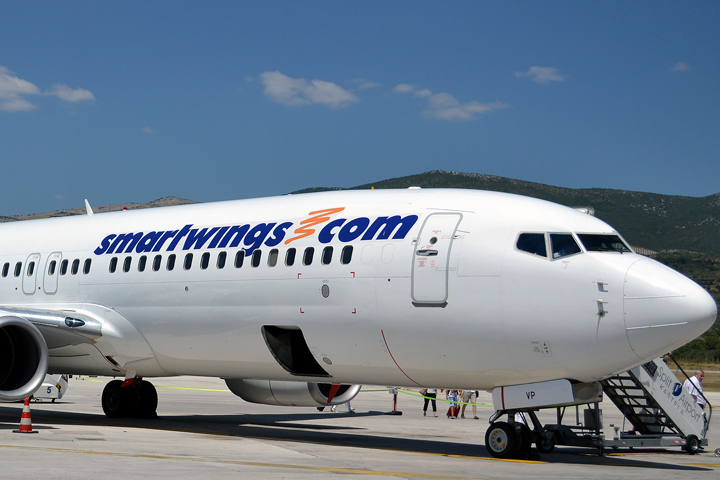 The daily Lidove noviny reports that that the airline Smartwings is taking Boeing to court, demanding compensation for the financial losses caused by the grounding of its seven 737 MAX airplanes. Boeing cut corners in redesigning the airplane to enable it to provide long-haul flights. One of the new safety items in the plane was an automatic pilot system that was designed to take over in certain emergency situations that Boeing never informed pilots about. In two cases, the system malfunctioned and caused the planes to lose stability but because pilots didn't know about the system, they were unable to override it. Airlines around the world had to ground their planes but this hit Smartwings hard because it formed most of its fleet. The Czech airline is suing Boeing in a court in the state of Illinois. "After a long series of unsuccessful negotiations that took over a year one a quarter, we filed charges against Boeing," said Smartwings spokeswoman Vladimira Dufkova. Smartwings had taken delivery of seven before the planes were grounded, but had ordered a total of 39. The problem caused extreme complications for the airline, which had to scramble to find planes in time. This year, of course, has been even worse for the company as the number of flights it's made over the first nine months of the year is 81 percent lower than last year.