Teplice association Květina seeks to purchase apartments for the homeless 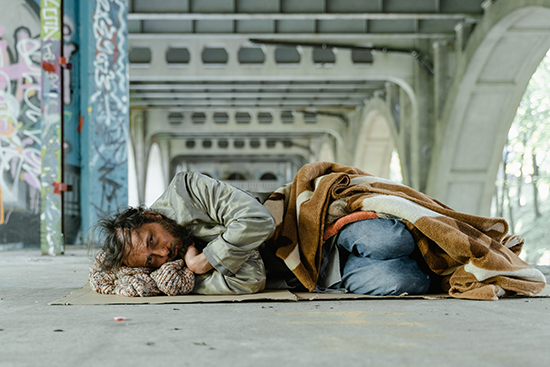 The Teplice association Květina, which provides services to the homeless and seeks to integrate the needy into society, is striving to buy apartments so that it can bring people off the streets back to normal life. First, the association wanted to announce a public collection, which was not supported by the authorities. Now they are looking for other options, announced director of its organization Barbora Bočková.

The regional authority decided not to comply with the association's request to announce a public collection because the law on social housing had not been adopted. Social housing is not defined anywhere yet, said Bočková. The organization appealed against the decision, and its request was not complied with by the Ministry of the Interior for the same reason.

However, the association could draw on European subsidies for the purchase of flats, where there is a 15% co-payment. "Since all our services are free, we would have a problem with that, but it's a sure chance to reach a certain housing stock," said Bočková. Now the association is trying to establish cooperation with another organization, the Platform for Social Housing, which is considering the purchase of several apartments in Teplice. After that, Květina could use them for local homeless people.

The association is considering buying four apartments, its employees would have a capacity of 16 housing units. According to Bočková, up to 85 percent of people who live on the streets would be interested in their own housing, less than 15 percent of the homeless fit their lifestyle.

Květina also wants to negotiate with the local government, which could provide housing for a certain type of homeless people. "Mostly it focuses on seniors, but there are also a number of seniors on the streets who would be able to live in classic housing," Bočková added. According to the director, people could pay their rent, for example, from retirement, whether old-age or disabled. Some could pay the housing costs from the regular salary, others from, for example, social benefits. "Of course, it depends on what kind of person it would be and where it would be possible to move it," Bočková added.