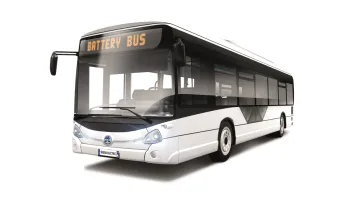 Testing of a prototype of the new Škoda 36BB E’CITY electric bus for the Prague Transport Company (DPP) will begin in Pilsen. This is the first in a series of 14 so-called two-pole battery electric buses. The aim of the test runs is to verify whether the prototype is ready for so-called type tests and homologation, announced DPP spokeswoman Aneta Řehková. Tests of electric buses will be performed by the manufacturer, Škoda Transportation. The company is currently preparing the electrification of several lines, including bus line number 119 to Václav Havel Airport.

"We firmly believe that we will be able to take the first passengers in Prague by new electric bus before this Christmas and take over the remaining 13 vehicles by the end of January 2022," said DPP CEO Petr Witowski.

During test drives, the company verifies whether the prototype of the electric bus is ready for the so-called type tests and homologation. During test runs, it is verified, for example, that the drive, brakes and charging settings are correct, or that the range in the various modes is corrected and that the vehicle accelerates as it should. Heating, ventilation and air conditioning or control software are also tested. Test drives should detect any vibration or unwanted noise from the engine, axles and differential.

The new trolleybus will test without passengers on the route from Borské Pole, through Milady Horáková Square to Černice, from where it will return to Borská Pole via the feeder to Přeštice.

The Prague City Hall, together with the DPP, is also preparing to electrify other lines. He is currently working, for example, on the deployment of trolleybuses on line 119 at the airport in Ruzyně. For example, electrically powered cars are planned on line number 134 from Dvorce to Podolská vodárna. The four bus lines on the left bank, lines 131, 137, 176 and 191, should also be electrified.